In the latest in our series focusing on the England squad for the forthcoming Commonwealth Games, we speak to Liam Pitchford. 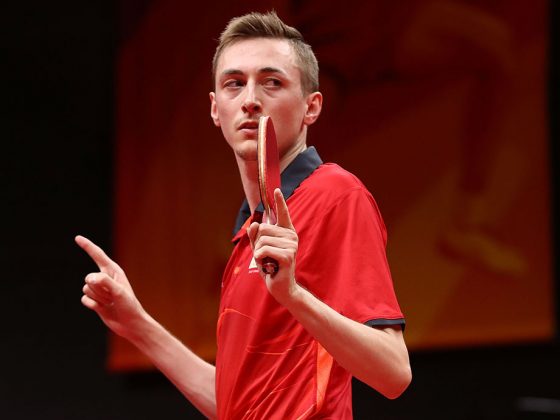 In the latest in our series focusing on the England squad for the forthcoming Commonwealth Games, we speak to Liam Pitchford.

The Chesterfield ace has a total of eight medals from three previous editions, including men’s doubles gold alongside Paul Drinkhall in 2018.

He will get the chance to defend that title, as well as aiming to help England – who won bronze in 2018 – win team gold. And in the mixed doubles he will aim to upgrade the silvers he has won with Tin-Tin Ho at the last two Games.

And of course, as second seed in the singles, he will have a medal in his sights to add to the bronze he achieved in Glasgow.

Pitchford said: “It’s a good achievement to have the most medals by and English table tennis athlete, but it’s not really something I think about and I just want to win more – especially more golds. If I can carry on from the three previous Games, I’ll be happy.

“Going into the last one, I was in good shape but things didn’t go how I wanted and I let things affect me a bit. I’ve had four years to reflect on what I wasn’t happy with and that can put me in better stead for this one. I’m a more mature player now and hopefully that can help.

“I don’t really like setting big targets and putting too much pressure on myself, but it’s always a chance to win medals in every event that I’m playing.

“Obviously, me and Paul are defending the doubles title, and me and Tins (Tin-Tin Ho) have got silver in the last two Games, so hopefully we can go one further.

“The team bronze wasn’t what we wanted last time and we want to make amends. We need to come together as we know we can.

“The team’s important and we want to win that gold medal, but my main aim will be the singles. But I’ll take it one event at a time and see what happens.”

Pitchford is also relishing performing in front of a home crowd and added: “I think it’s massive to have the home crowd behind us – it can give you that extra support and extra boost when you need it. My parents and sister will definitely be going too, so I’m going to have a lot of support, which is always nice. It’s nice for them too as they don’t get to watch me as often anymore.”