It’s official – Dan would rather be competing!

In the latest in our series focusing on the England squad for the forthcoming Commonwealth Games, we speak to Dan Bullen. 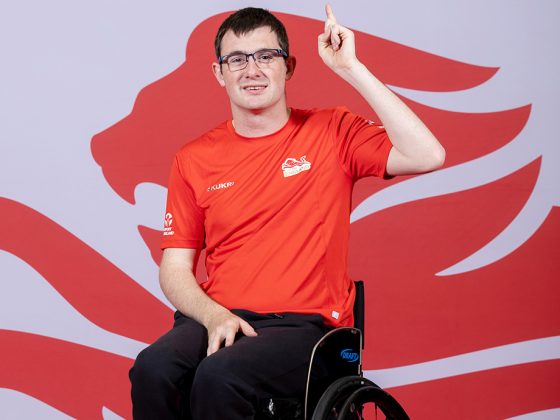 In the latest in our series focusing on the England squad for the forthcoming Commonwealth Games, we speak to Dan Bullen.

A few months ago, Dan Bullen was being spoken of as a trailblazing umpire, part of the team which had been selected to officiate in Birmingham.

But he didn’t really want that – or, rather, there was a bigger prize in his sights.

The talented athlete, who is part of the British Para Table Tennis Pathway squad, was working hard at tournaments, building up his ranking points and hoping to earn a wildcard for the Class 3-5 Men’s Singles.

His success included his first international gold medal, in the Class 5 singles at the ITTF Para Copa Costa Rica, back in December.

So when the call came that he had been given that sought-after wildcard, his reaction was understandable.

“I’m really excited to be selected as a wild card for the Commonwealth Games,” he said. “This was my target at the start of the year and I’ve worked really hard and gone to as many tournaments as possible to give myself the opportunity to be in with a chance of a wildcard.

“I really didn’t think it was possible, so to get one is a dream come true.

“My umpiring was always my back-up plan, but always doing everything I could to be a player at the Games. So, when the call came through (about playing), there was not a choice to make!

“This will be my first major Games and I’m really looking forward to the experience especially with Jack (Hunter-Spivey), Fliss (Pickard), Sue (Bailey) and Ross (Wilson) who have all done major Games before to help me.”

Hunter-Spivey is the top seed in the same category and favourite for gold, but Bullen hopes they can both get on the podium.

“I think I can get out of my group and hopefully bring home the bronze medal,” said the St Neots athlete. “He’s top seed and he’s been really helpful in the last couple of weeks in training and trying to help me get to the best that I can be.

“My hard work’s definitely paying off and I feel like I’m playing the best I’ve ever played. I’m hoping I’ve not peaked too soon and can still bring out that level in Birmingham.”

Making his major multi-sport debut at a home Games is also a huge plus for Bullen, 24.

He said: “My family have never seen me play in an international tournament except on live steam so for them to be able to watch me play and represent England will mean the world to me and I’m so excited to be going and to have the chance to compete in front of a home crowd. It will be amazing to be part of it.”