I’m ready to show what I’m made of, says Pickard

In the latest in our series focusing on the England squad for the forthcoming Commonwealth Games, we speak to Fliss Pickard. 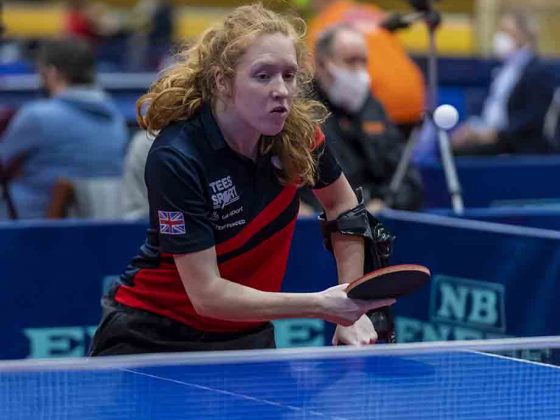 In the latest in our series focusing on the England squad for the forthcoming Commonwealth Games, we speak to Fliss Pickard.

Fliss Pickard is determined to go one better than four years ago and claim a medal in front of a home crowd at the Commonwealth Games.

The Burnley athlete was fourth in the Gold Coast in 2018, losing the bronze medal play-off to Andrea McDonnell of Australia.

And even though she is a Class 6 athlete competing against those with better mobility in higher classifications, Pickard believes the strides she has made since 2018 will give her a chance of a medal.

“The Commonwealth Games in 2018 really helped me grow as a person and an athlete and I then went on to my biggest achievement to date, winning bronze at the World Championships later that year, so I’m hoping I can do even better this year,” she said.

“I want to go out there and show what I’m made of, really, try and play my best table tennis and hopefully get in the medal positions.

“I believe I’m a different athlete to last time, so there’s no reason why I can’t push on, take one match at a time and then, who knows?”

Despite missing out on the medal in Gold Coast, Pickard, who turns 28 on Sunday, has many happy memories and says the experience will stand her in good stead.

“Gold Coast was unbelievable, my first multi-sport event. I really enjoyed it, especially being with the Team England girls and part of a bigger team. It was really good,” she said.

“Being with all the other sports – and not just that but us being with the able-bodied athletes  – it’s just a great team atmosphere. I really enjoyed it last time, so I’m looking forward to getting going.

“The Gold Coast was an amazing experience but to play in front of a home crowd will be incredible. I’ve got lots of friends and family coming to watch and just the support of having the home nation behind us will be fantastic.

“The atmosphere in the Gold Coast was unbelievable, so to have it at a home games, the atmosphere’s just going to be amazing.”