Walker aiming to step up to the top of the podium

In the latest in our series focusing on the England squad for the forthcoming Commonwealth Games, we speak to Sam Walker. 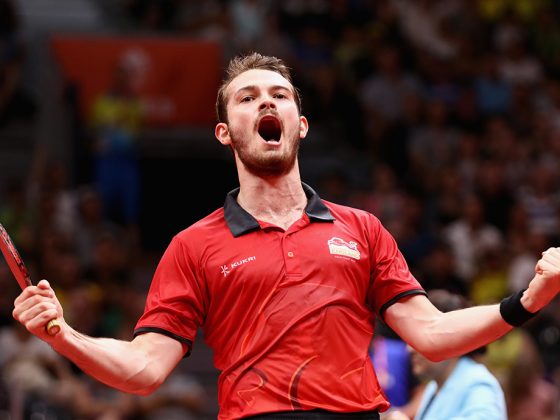 In the latest in our series focusing on the England squad for the forthcoming Commonwealth Games, we speak to Sam Walker.

Sam Walker is only interested in one colour in Birmingham – securing a gold medal which will complete his full set of Commonwealth Games medals.

Walker helped England win team silver at Glasgow 2014 and bronze at Gold Coast 2018, with Liam Pitchford and Paul Drinkhall also in both squads, as they are this time.

He also just missed out on the podium in the singles in Gold Coast, losing the bronze medal play-off to India’s Sharath Achanta.

Walker says the focus will be on topping the podium this time as he prepares for his third Games.

With three athletes inside the world’s top 100 and team-mate Tom Jarvis just outside – and buoyed by winning the national men’s singles title in March – England will be among the favourites for medals in the team as well individual events.

Walker, 27, said: “I don’t want to put expectations on it, other than obviously looking to win medals in every event – hopefully golds.

“I want to put more of an expectation on myself of performing at my best level at that time – that’s the best thing for me to do rather than looking at outcome-based goals.

“I want to perform at a level I know I can play at and leave nothing on the table. If I do that, I’ve got a chance.

“I want to win gold in every event possible, which is obviously not easy because there’s a lot of good players, not only from other countries but in our own team, so it’s tough.

“The big one is the team. We are favourites and we’ve got a point to prove after the last Games because getting bronze was disappointing.

“Nigeria and India will be strong and Singapore are always a decent team, but if we play the games we can, we’ve got every chance of winning gold.”

Walker, from Worksop, hopes the home support will make all the difference, adding: “It will be nice to get some of my family there, for me and for them, and hopefully there will be a good buzz around the event and a lot of English support.

“It always makes a difference if the majority of the support is for us and you’re playing in a good atmosphere. When that’s on your side, that’s the best thing that can happen.”