Bolton’s confident of playing her part after late call-up

In the latest in our series focusing on the England squad for the forthcoming Commonwealth Games, we speak to Emily Bolton. 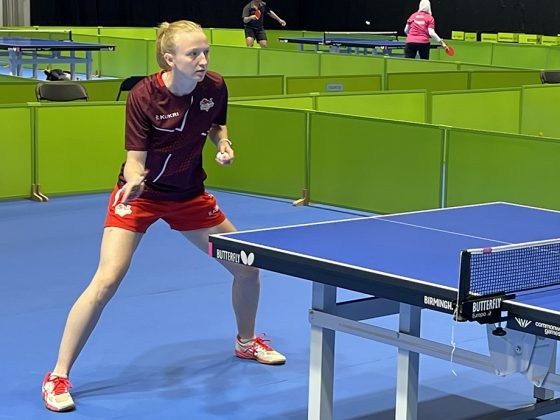 In the latest in our series focusing on the England squad for the forthcoming Commonwealth Games, we speak to Emily Bolton.

Emily Bolton has had to hit the ground running after her late call-up to the England team in place of the injured Mollie Patterson.

The 24-year-old’s place was only ratified by Team England last Friday, though she had begun preparing a few days before once it became clear that Patterson would not be able to play.

And while she is excited to be selected, Bolton’s thoughts are with Patterson as well as on her own preparations.

“It’s obviously unfortunate that Mollie can’t go and while I’m happy to be going to my first major multi-sport event, this isn’t the way I’d want to be going,” she said.

“I’ve always said the Commonwealth Games was my goal in table tennis and something I’d always wanted to achieve.

“The last couple of years, I’ve been in France with (my club) St Quentinois, and Birmingham was definitely in my mind and something I was working towards.

“When I didn’t qualify, it was disappointing, so I’m obviously happy now to be going. But even though I’ve been working towards it, I don’t feel like celebrating because it’s a difficult situation for Mollie.”

Being a contemporary of team-mates Tin-Tin Ho and Maria Tsaptsinos will help Bolton to settle in quickly. In fact, her first National final saw her lose to Ho in the 2009 Under-11 Girls’ Singles, and she went on to win doubles titles with Ho in the Cadet and Junior age groups.

In the Senior ranks, she was Women’s Doubles national champion alongside Denise Payet in 2020, and in the same year she won a singles bronze.

She also knows Bardsley well, having beaten her to Junior National Cup gold in 2016 and this year teamed up with her to finish as runners-up to Ho & Tsaptsinos in the Women’s Doubles at the Mark Bates Ltd Senior Nationals.

Bolton said: “I’ve known Tin-Tin and Maria for well over 10 years and Charlotte for a while as well, so I’d like to think I will slot in and hit the ground running.

“It’s suddenly all go, but I guess I don’t mind that, and not having too much time to think about it can help me hit the ground running.

“Other than the Nationals, which has a crowd, I’ll have never played a tournament anything like what it will be like in Birmingham. Hopefully my family and friends can come and see it. They haven’t really watched me very much, apart from my dad now and then.

“I’m sure we can turn up to a home Games and put in a good performance and do ourselves justice.”