Jarvis aiming to build on momentous year so far

In the second in our series focusing on the England squad for the forthcoming Commonwealth Games, we speak to Tom Jarvis. 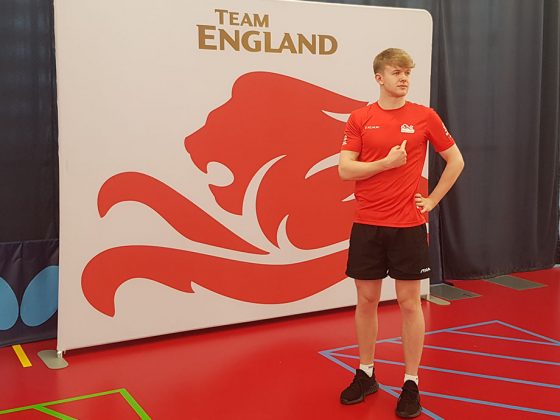 In the second in our series focusing on the England squad for the forthcoming Commonwealth Games, we speak to Tom Jarvis.

Tom Jarvis is hoping for a “crazy” atmosphere as he competes at his first Commonwealth Games on home territory in Birmingham this summer.

The 22-year-old from Skegness has had a great year so far. In March, he won his first senior men’s singles national title and then followed up by reaching the final of the WTT Feeder event in California, which propelled him to a career high of No 105 in the world.

All this came after fighting back from a major hip operation during the early part of the pandemic, and Jarvis said: “With all the stuff that’s happened over the last few years, it’s great to be in the squad, especially with it being in England.

“I hope it’s going to be loud and a bit crazy in the hall, because it’s more fun to play when it’s like that.

“I think quite a lot of family and friends are coming. I don’t think I’ve played an international tournament in England since maybe the 6 Nations when I was 15, so it’s great for them to be able to see me in this country.”

Jarvis, who was Team GB reserve at the Rio 2016 Olympics and also travelled to Tokyo as a training partner, says he will not have any nerves playing at his first Commonwealths, adding: “Having been to Rio and Tokyo, I know what I’m going into and I’m not going to be as fazed as I would be going into my first multi-sport event, so it’s heads-down when we get there and focus on playing.

“I want to win gold in the team, that’s the main focus. I think the team’s in a good place.”

Jarvis credits England coach Gavin Evans for helping him find top form. He said: “I’ve been working really closely with Gav since January and since then it’s changed it around, so big credit to him.

“It’s pushed my ranking up higher than ever. Especially coming back from the operation and a bad first half of the season, it’s been good for the confidence going into the Games.”