Bardsley looking to make the most of home advantage

Video: Ahead of the Birmingham 2022 Commonwealth Games, the first in a series of features on England squad members focuses on Charlotte Bardsley. 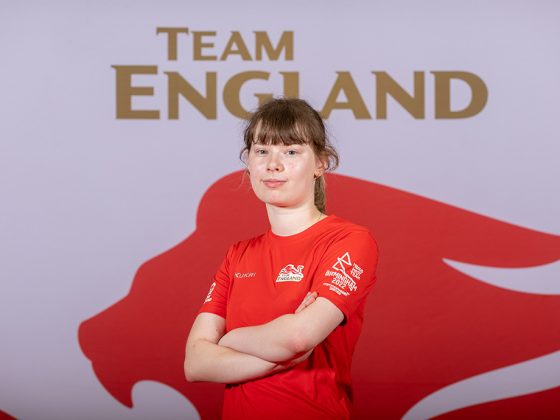 There’s just over a fortnight to go until the Birmingham 2022 Commonwealth Games! Over the coming days, we will feature all the England squad members, starting today with Charlotte Bardsley.

Playing a major event on home soil is a big plus for any athlete representing their country – and for Charlotte Bardsley this will certainly be the case this summer.

Having grown up in the West Midlands, in Stourbridge, the venues of the Birmingham 2022 Commonwealth Games really are the proverbial stone’s throw away.

The 20-year-old is a Senior England international and was a non-playing member of the 2018 Team World Cup squad in London – but this is her first major multi-sport event.

She said: “I’m really excited to be representing England at the Games and it feels particularly great because it’s in Birmingham.

“I really want to play and perform well and get some good results for England – I’m really focused on that.

“It’ll be great to play in front of a home crowd and experience that. It’s such a big tournament and I’ve never experienced something like that, especially at home and being a multi-sport event.

“I think my mum and dad will come and watch, and hopefully some of my friends and family can get tickets to see me play, which will be good because it’s not often they get the chance as a lot of tournaments are overseas.”

Bardsley, the current Under-21 national champion, has been working towards this opportunity for years including playing professionally in Germany. She credits some big names of the sport with helping her to reach this level.

She said: “I’m very happy that all my hard work in Germany has paid off. It feels like I have been working for a long time towards this.

“I’ve worked with a lot of coaches but obviously Des Douglas and Helen Lower are two people who have influenced me a lot.

“Recently, Tom Wetzel, my coach at Topspin Sport Table Tennis Centre, has really helped me to improve and get to a much higher level.”

Charlotte, who is due to start a three-year course in history and politics at Sidney Sussex College, Cambridge, in September, believes England can challenge for medals in Birmingham.

She said: “If we’ve got team spirit – which we will have – and play at a high level, I don’t see why we can’t win medals. Tin-Tin and Maria have the experience of playing at the Commonwealths before and winning a medal, so I’m hoping that will help us as well.”