Green and Wong on top at first competition 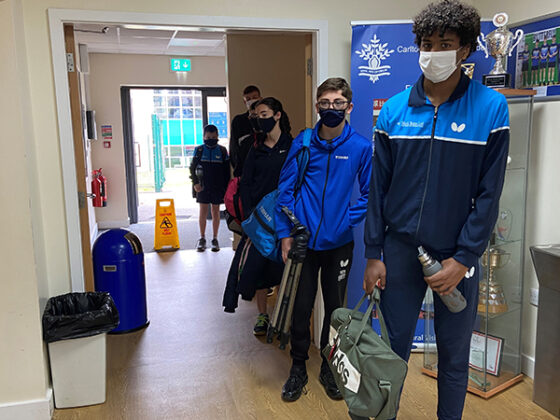 Carlton le Willows Table Tennis Centre hosted the first competition back on the calendar since restrictions began to ease, and young England pathway players Connor Green and Jasmin Wong were the winners.

With covid protocols in place at the competition, run by Sycamore TTC, things had a different feel to a pre-pandemic event. But there was some quality table tennis on display across both days.

In the Junior competition, Connor Green topped boys’ group 1 with six wins out to seven, finishing ahead of fellow pathway players Ben Piggott, Rhys Davies and Toby Ellis, who were all separated on countback having won five matches each.

Group 2 was topped by Daniel Jones, with a 100% record over eight matches, ahead of Joseph Dennison and Isaac Kingham. Jasmin Wong was top in the girls’ group with a maximum eight out of eight, with Anaya Patel second and Erin Green third.