Clubs ready to take on Europe at inaugural Grand Final

Three clubs fly the flag for England at the Europe Trophy Grand Final in Havirov, Czech Republic, starting on Friday. 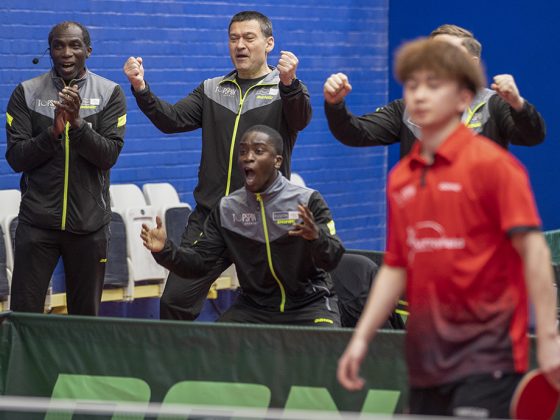 Three clubs fly the flag for England at the Europe Trophy Grand Final in Havirov, Czech Republic, starting on Friday.

Grantham Academy and Fusion, who won the respective men’s and women’s qualifying tournaments held in England in April, are joined by Draycott & Long Eaton, who were runners up in both categories.

The draw is as follows:

The group matches will be played on Friday and on Saturday morning, with the semi-finals and positional play-offs to follow on Saturday afternoon and the finals on Sunday.

Watch the action on ETTU TV

The Europe Trophy is the third level of the European club competition, after the Champions League and Europe Cup, and is being played for the first time this season.

The Trophy is open to all clubs from all levels except for the non-relegated teams from the Champions League and Europe Cup.