What you told us about women and girls’ participation 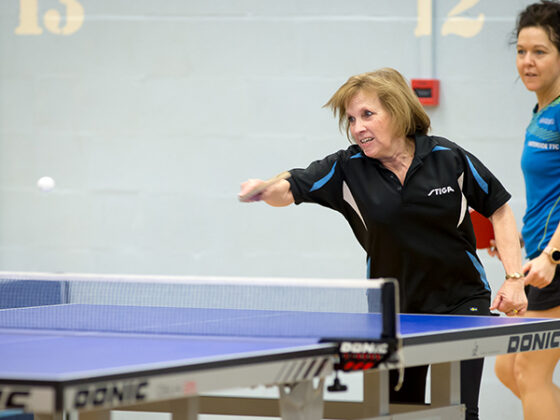 A major research project between Table Tennis England and the Talented Athlete Scholarship Scheme (TASS) has identified the main reasons why female players drop out of table tennis, and highlighted opportunities to provide better experiences to keep women and girls in the sport.

The project explored the experiences in the sport of women and girls aged 18-30, from social to elite levels.

Among the key findings were:

The project was led by former England international Emma Vickers, who is National Lead for Research at TASS and a recently appointed Director of Table Tennis England.

The top reason given by respondents for why women drop out of the sport was education or work commitments, which was flagged by 55% of respondents.

Other reasons included: moving location; lack of training opportunities (either in general, within their own age group or in female-specific groups); lack of female role models; having a bad experience; and lack of information about opportunities as a senior player.

Finances were also a factor behind why international level players no longer played, suggesting they could not keep up with the costs associated with the sport or had limited or no access to funds or bursaries.

Social level players were more likely to identify having had a bad experience as a reason for leaving the sport.

The top three reasons for playing were given as: enjoyment of game and challenging myself; friendships with team-mates and other players; and enjoying the social side of the sport.

Of those no longer playing, 81% said they would be interested in engaging with the sport again. Among the key changes or opportunities they identified to encourage them to return were: more competitive and training opportunities for over-18s; the opportunity to participate with other females on a social basis; more coaching; cheaper competitions; increased support and recognition from Table Tennis England; and opportunities to combine table tennis with education.

Those who said they were not interested in coming back to the sport gave reasons including seeing table tennis as a male-dominated sport; preferring team sports; and limited opportunities to play socially at university.

TASS has also made a number of recommendations based on the responses to the survey, including:

Jenny Leach, National Participation Manager at Table Tennis England, said: “This project has provided some excellent insight into why women and girls drop out of table tennis and what we can do to provide better experiences and opportunities which encourage them to stay or return.

“We will now be working through the recommendations in conjunction with the events, performance, participation and coaching teams.

“Some recommendations can be actioned with an update on the website or communication around processes, while others have already been adopted as focus areas or will be researched further through inclusion in specific projects such as the competition review and the new Women and Girls Strategy launching this year.

“This project also fits into our wider Level the Table diversity and inclusion strategy and is a key focus area for the organisation going forward.”