VBL titles on the line

Almost 400 players will be in action at two venues as the Veterans’ British League titles are decided at the weekend. 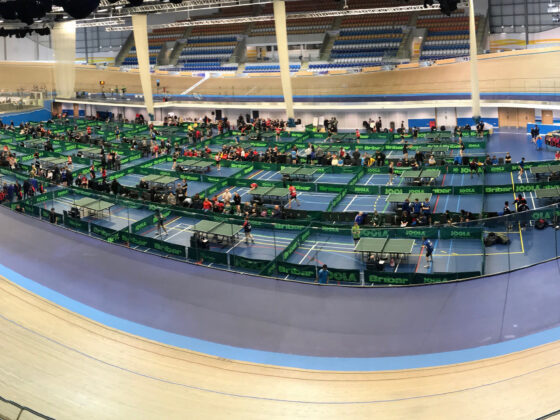 Almost 400 players will be in action at two venues as the Veterans’ British League titles are decided at the weekend.

The women’s Premier Division is on a knife edge as Market Rasen lead Knighton Park on match difference as both teams have nine points.

With no other challengers within five points, it is likely to come down to the meeting between the top two in the final round – they drew 3-3 on weekend one, showing how finely-balanced the title race is.

In the men’s Premier Division, things are not so tight as Team Bribar lead by three points from PPong, with Wolves a further point back.

With Team Bribar having a perfect record of five victories on weekend one, the others will have their work cut out to overhaul the leaders.

Follow the scores from Derby Arena and Draycott & Long Eaton TTC on the British League website on TT Leagues.