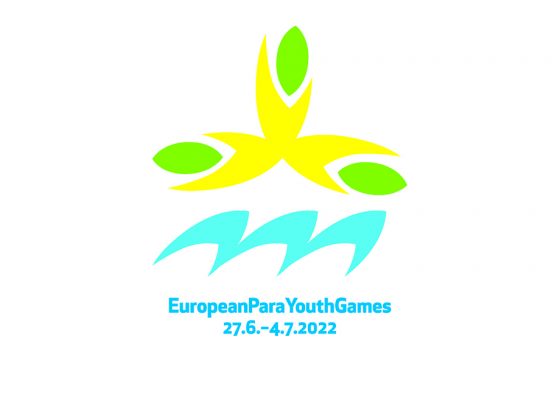 On the final day of the European Para Youth Games in Pajulahti in Finland the British Para Table Tennis Team picked up two medals in the team events with Theo Bishop and Ryan Henry taking silver in the men’s class 16 and Grace Williams taking bronze with her Danish partner Freya Juhl Larsen in women’s class 6-10.

Bishop and Henry beat Stefano Butti from Italy and Alen Becirevic from Slovenia in the semi-final 2-1, winning both singles after losing the doubles 3-2. They won another close doubles match in the final against Croatia/Spain 11-9 in the fifth, but had to settle for silver when Henry lost 3-2 to Alejandro Diaz Tirado and Bishop was beaten 3-1 by Borna Zohill.

“I think that overall this has been quite a positive competition for me,” said Bishop, 19, from Bury. “In the singles I managed to win my group and narrowly lost a deciding set in the quarter-final.

“The team event was also very positive for me and it was great to play with Ryan. I feel that we played well together in the doubles and gave ourselves a great chance of winning gold. Of course it was disappointing to lose in the final but silver is a great result for us.”

“I’m happy to come home with a silver and a bronze medal,” said Henry, 22, from Ardrossan, “and I’m pleased with how I played. I didn’t play my best but I fought hard on the table to give myself the best chance I could to win. I also really enjoyed playing with Theo in the team event and hope to play with him again as I thought we combined well together.”

“This has been a difficult tournament for me,” said Williams, 19, from Llanfyllin. “Not getting through my group in the singles was a setback but taught me some valuable lessons that I can take to future tournaments. The team event was better and I fought hard in the singles matches, coming away with a bronze medal.”

In men’s class 20 Joe Crouse and Shae Thakker missed out on a medal after losing 2-1 to Sweden in the quarter-final.

“Overall, I’m happy with how I played this week,” said Crouse, 19, from Falmouth, who was making his international debut at the Games, “and I’m very pleased to have achieved silver in the singles. I’m looking forward to getting back to training to improve the weaker areas in my game that were exposed in match play but the whole experience has been really positive.”

“To be honest I haven’t performed as well as I would have wanted to and that is disappointing,” said Thakker, 18, from High Wycombe. “I struggled to keep consistent throughout the singles event which led to me not making it through my group, but I managed to increase my level of performance in the team event so that was positive. Overall, this tournament has taught me some valuable lessons that I will learn from in order to produce better results in the future.”

BPTT Pathway Manager Shaun Marples was full of praise for his young squad.

“These Games have been such a great experience for everyone in the team,” he said. “Having a few days to train before competing, being part of an opening ceremony is something these athletes have never experienced before and it is so positive to be here competing.

“There have been some great performances, great spirit and a togetherness which is something we are really proud of. Reflecting on some of the losses will drive us all to keep striving to be better, ready for the next tournament. I’m proud that the team has won two silver and two bronze medals and we all look forward to being part of the next Games.”