Tin-Tin Ho has been shortlisted as TASS Athlete of the Year! 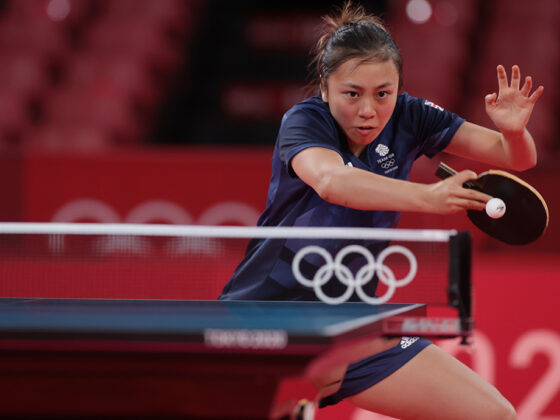 Tin-Tin Ho has been shortlisted as TASS Athlete of the Year!

The England No 1 is up against athletes from sailing, wheelchair tennis and modern pentathlon to win the award, which will be announced during the Commonwealth Games.

TASS – the Talented Athlete Scholarship Scheme – is a Sport England funded initiative which helps athletes in education and aged 16-plus to get the very best from their sporting and academic careers without having to choose between the two.

Ho is currently studying for a medical degree at the University of Nottingham and has combined that with her table tennis career, including last year becoming the first GB female athlete since 1996 to qualify in her own right for the Olympic Games.

She will this summer be looking to add to her Commonwealth Games medal haul, which currently stands at two Mixed Doubles silvers and a Women’s Team bronze across the 2014 and 2018 Games.

Ho said: “I’m very happy because I’ve never been shortlisted or won an award with TASS, so it’s very encouraging.

“It’s nice to be recognised among other amazing athletes, so I’m happy and honoured, especially after a hard year of university and table tennis.”

TASS received a record number of nominations for the awards and 19 have been shortlisted across five categories.

Athlete of the Year is awarded to a TASS athlete in recognition of their outstanding achievement this year in their sport and/or study. The other nominees are Florence Brellisford (sailing), Abbie Breakwell (wheelchair tennis) and Kerenza Bryson (modern pentathlon).

The winners will be announced at an awards ceremony on August 4 at the University of Birmingham, coinciding with the TASS Practitioner Conference, being held during the Commonwealth Games.