Sibley out of retirement to fire England to Euros! 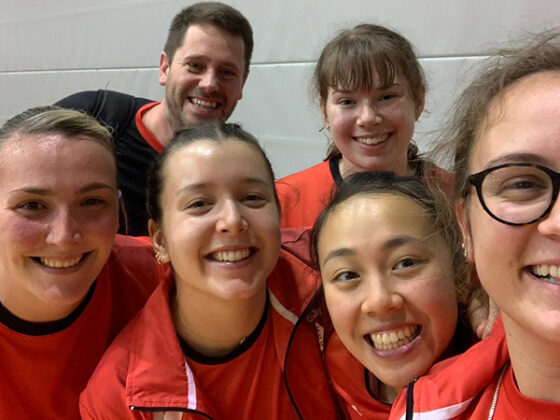 The squad defeated Lithuania 3-2 to top their group, having earlier beaten Finland 3-1, earning automatic qualification for the Championships in Romania next month.

Sibley came into the line-up under the substitution rule which allows a team to change one player after the second match of the tie, and she showed there was no ring-rust as she saw England to a crucial victory which means they avoided Sunday’s play-offs for the final qualifying place.

It backed up two victories from Tin-Tin Ho, who beat both of the Riliskyte twins – Emilija and Kornelija – to put England 1-0 up and then draw them level at 2-2 after Kornelija had beaten Charlotte Bardsley and Laura Abaraviciute had defeated Denise Payet.

Sibley, who was at the event in Belgrade, Serbia, as player-coach, then beat Emilija 3-1 to complete the overall victory. It was her first international match since the 2018 Commonwealth Games in Gold Coast.

In the previous tie against Finland, Ho again won both her matches, putting the first win on the board against Aleksandra Titievskaja and then completing the overall victory by overcoming Anna Kirichenko in four close sets.

Afterwards, Sibley said: “It’s been a great team effort from the girls in this tournament. Our goal has always been to qualify for the European Championships and I’m proud that we’ve achieved that. We won our matches and topped the group, I can’t ask for better than that.

“The girls played brilliantly and we really came together as a team, we put everything out there and it paid off.

“The match against Lithuania was always going to be a tough one. We knew if we were going to beat them, we needed to be really flexible and adapt what we had been doing.

“It’s been a long time since I’ve played competitively but I’ve been working hard behind the scenes and practising a lot with the girls, so I felt confident in my game.

“I, like the girls, gave it my all and with the team spirit from the bench I managed to win the decisive match.”

The European Championships is the only team competition likely to be held before the Commonwealth Games, so to qualify is an important part of the build-up to Birmingham 2022.

England men qualified automatically after the qualifying system had to be redefined because of the pandemic.