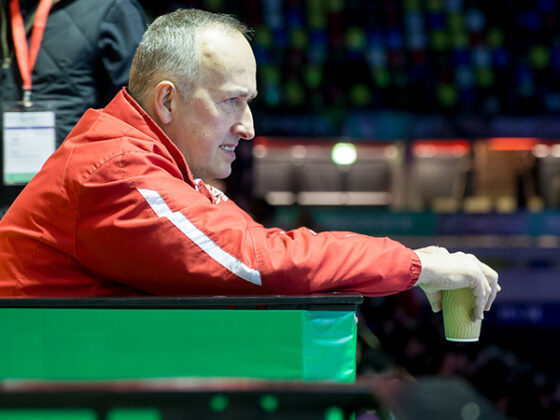 The British Para table tennis team has recruited leading international coach Matjaz Sercer to work with the athletes on its Pathway programme.

This underlines its commitment to producing new talent that could follow in the footsteps of Megan Shackleton, Fliss Pickard, Tom Matthews, Billy Shilton, Martin Perry and Joshua Stacey, who all progressed through the Pathway programme to the Performance squad and have gone on to represent Great Britain in major championships.

”We are delighted that Matjaz has agreed to join our coaching team,” said BPTT Performance Director Gorazd Vecko. ”His experience will be hugely valuable and it is all credit to the team and the success of our athletes that we have secured a coach of his calibre. It is also thanks to UK Sport and the increase in funding we received for the Paris Paralympic cycle that we are in a position to increase our coaching team. We have some very promising athletes in our Pathway, Development and Futures programmes and it will be exciting to see how they progress under Matjaz’ coaching.”

After winning many cadet and junior titles in his native Yugoslavia, which was then one of the strongest countries in the world in table tennis, Sercer focused on coaching from the age of 21 and studied at the University of Zagreb before moving to Italy where he coached women’s teams in Trieste and Castelgoffredo, winning a number of senior titles and guiding two athletes to Olympic qualification.

While coaching at club level he was also National cadet boys coach in Slovenia from 1981-85, Italian cadet girls coach from 1989-1993, Slovenian cadet girls coach from 1994-98, when he coached 1996 European junior champion Tina Safran, and the Slovenian cadet and junior boys coach from 1998-2002. In 2015, Sercer moved to England where he coached at the Table Tennis Academy at Grantham College and the Table Tennis Academy at Ackworth School; more recently he has been working for the International Table Tennis Federation on the West Asia project in Saudi Arabia, Nepal and Uzbekistan.

”I am really excited to join the British Para table tennis team,” he said. ”Great Britain is one of the leading nations in Para table tennis and this is an amazing opportunity for me. I am passionate about coaching young players and helping them to achieve their potential and I am really looking forward to working with the Pathway squad and hopefully see some of them go on to represent their country at future Paralympic Games.”

Sercer has already made an impression at a recent Pathway camp in Sheffield and BPTT Pathway Manager Shaun Marples is also excited about the future.

“Matjaz was excellent with the athletes at the camp in getting his coaching style across, which the athletes responded to very well. Some of the athletes are at different levels for now, which is understandable after very little training over the past 15 months due to COVID. I’m now planning a good solid training phase with Matjaz, which will put the athletes in a strong position for the domestic and international competition calendars later this year.”