The introduction of a new Senior British League Premier Cup, plus important changes to rankings and competitions, come into effect from the start of the new season on August 1. 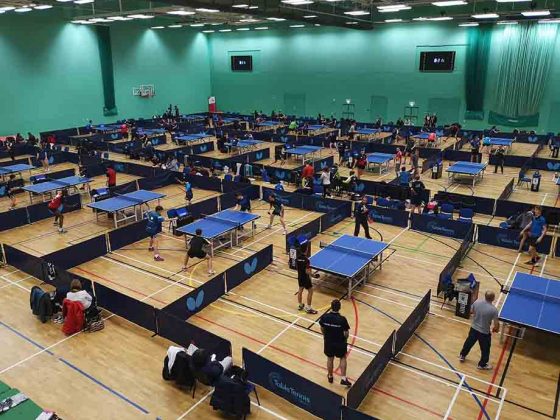 The introduction of a new Senior British League Premier Cup, plus important changes to rankings and competitions, come into effect from the start of the new season on August 1.

Scheduled for the weekend of June 3-4, 2023, the SBL Premier Cup will be a knockout competition held after the end of the regular season and will be one of the showpiece events on the domestic table tennis calendar.

The Premier Division will still award a Champions’ trophy, meaning this new competition will give clubs the chance to go for a ‘league and cup double’.

It will see all Premier Division clubs invited, along with Championship clubs in finishing order, up to a maximum of eight teams. Clubs will only be allowed to enter one team and seeding will be based on the regular season.

Meanwhile, the British League will be truly representative of the British Isles, as entries have been confirmed from Guernsey, Isle of Man and Jersey as well the four Home Nations.

That trend is replicated in the other three British League competitions – the Veterans’ British League is up three to 91, including four in the women’s event.

Elsewhere in the competitions landscape:

Additionally, as part of Table Tennis England’s Level The Table strategy and Competition Review, we are also looking to incorporate additional para representation at this season’s age-group National Championships in partnership with BPTT, as well as highlighting and supporting inclusive approaches for wheelchair users at national open events, including Grands Prix and regulated 1*-4* events

Rankings-wise, the ITTF override has been amended to apply to the top 75 only in Seniors, and has been removed from Cadet & Junior ranking lists

Ranking Guidelines have been updated to reflect changes and developments, including eligible ETTU competitions and how expunged league results are dealt with following withdrawals.

The opening season’s rankings will be released after the August ranking runs, and the 10% annual reduction will again be applied after being suspended due to covid.