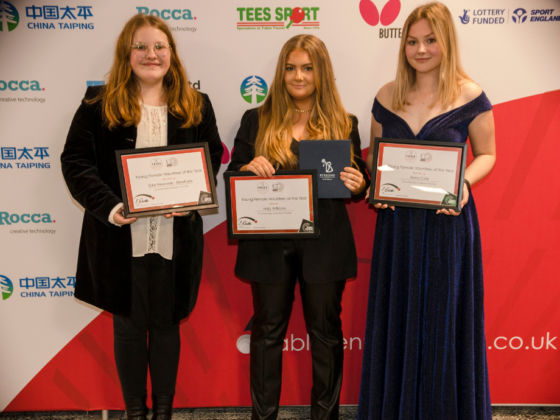 Stars from present and past gathered at Table Tennis England’s Centenary Gala dinner on Sunday evening after an action packed weekend at the Mark Bates Ltd National Championships.

The Pride of Table Tennis Awards was one of the highlights of the event as volunteers from across the country were crowned winners in front of an audience of over 250 people.

With more than 100 nominations this year, the Pride of Table Tennis Awards judging panel had a tough job to narrow it down to just 12 finalists for the four categories.

Below is a list of finalists and the winners on the night, with special videos from the people who nominated them for an award.

Female Volunteer of the Year Award:

Male Volunteer of the Year Award: