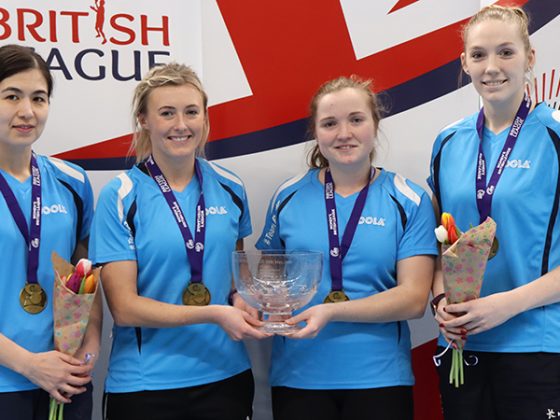 Joola Plymouth launch a belated defence of their Women’s British League title as the competition makes its post-pandemic return on the coming weekend.

The club finished top of the pile in the competition which finished in January 2020, when the impact of covid-19 had barely registered in this country.

Despite the gap of a season, it will be a familiar line-up for the Devon club, led by senior England internationals Evie Collier and Lois Peake. They will face their closest rivals from last season, Fusion, who ended Plymouth’s unbeaten record in the final round of matches, albeit too late to change the outcome of the title race.

With Glenburn Irish Ladies still in the division and Drumchapel Glasgow having been promoted, it is a real British feel to the top flight. Byng Hall and Colebridge complete the roster.

Players will be in action in five divisions at WV Active in Wolverhampton, with matches across Saturday and Sunday as teams try to get themselves into the best position for an assult on the titles on weekend two next January.