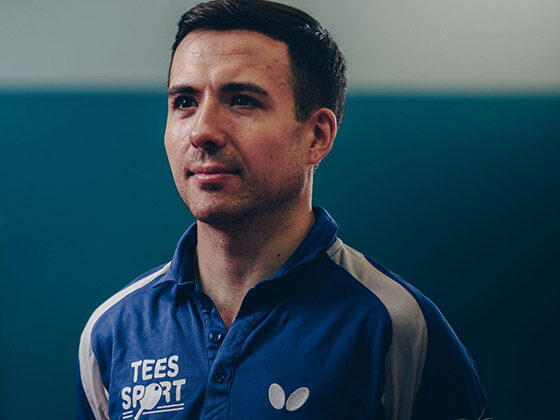 Born with arthrogryposis, a rare congenital disorder that affected all four of his limbs, Will underwent numerous operations at Great Ormond Street Hospital from the age of three months old.

He returned to Great Ormond Street for chemotherapy when he was diagnosed with Non-Hodgkins Lymphoma at the age of seven and it was while recovering from cancer that his grandmother bought him a table tennis table. The rest, as they say, is history.

Will won his first major title at the European Championships in 2011 then took silver in London 2012 and followed that by becoming world champion in 2014 and Paralympic champion in 2016.

In December 2016 Will was awarded the Bill McGowran Trophy for ‘outstanding achievement in Paralympic sport by a male athlete’ by the Sports Journalists Association and he received an MBE in the New Year Honours List.

He reclaimed the world number one ranking in men’s class 7 in 2019 after winning tournaments in Italy, Slovenia and Japan and later that year won the hearts of the nation as a contestant on BBC TV’s Strictly Come Dancing.