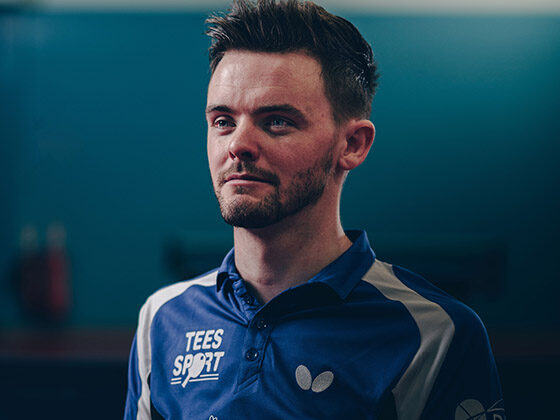 Tom was a promising mountain biker when he had a fall while out riding with his uncle and a friend in March 2009, which left him a wheelchair user at the age of 16.

Tom made his international debut at the Hungarian Open that month and won his first major medals at the European Championships in 2015, taking bronze in the men’s class 1 singles and gold in the team event.

Having missed out on qualification for Rio due to a broken leg he returned to win the US Open in 2016 and went on to take silver in the 2017 European Championships – losing to fellow Welshman Rob Davies in the final – and bronze in the World Championships in 2018.

He made his Paralympic debut in Tokyo, winning a bronze medal in the men’s class 1 singles.