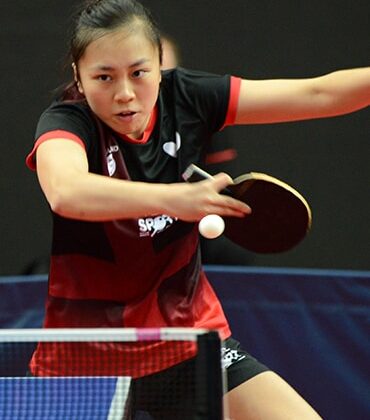 Tin-Tin announced herself as a huge talent when she won the national Under-11, Under-12 and Under-13 singles titles all at the same event in 2007/08.

To say she has gone on to deliver on that talent is something of an under-statement, having won no fewer than 23 singles titles through the age groups – her first Senior title of her four to date coming in 2015/16.

Her doubles haul exceeds that, with 24 national titles across Under-14, Cadet, Junior and Senior categories.

On the international scene, Tin-Tin qualified for the 2020 Tokyo Olympics, becoming the first female table tennis athlete since 1996 to qualify in her own right. She has also represented Great Britain at the European Games.

Tin-Tin won Commonwealth Games silver in 2014 at the age of 16, alongside Liam Pitchford in the Mixed Doubles. At the 2018 Games, she repeated that feat, again alongside Pitchford, and was also a key part of the team which took a historic first team medal for England, a bronze.

She is a medical student at the University of Nottingham. 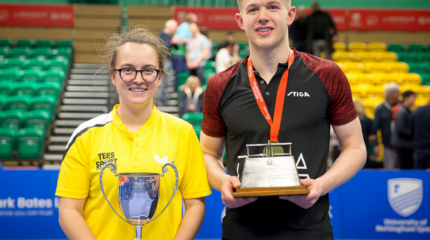