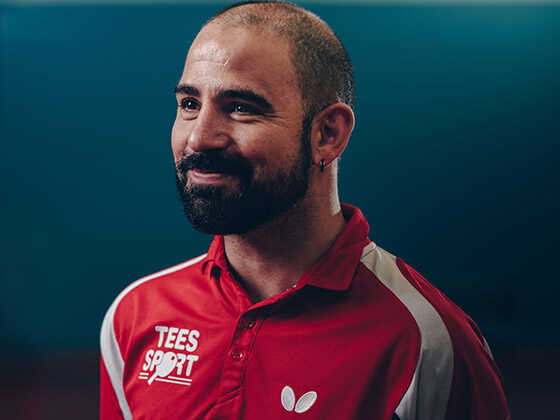 Paul was a keen footballer until he suffered a massive stroke at the age of ten and was subsequently introduced to table tennis at a local disabled youth club.

Within two years he was playing for the local Swansea League before being selected to play for the GB Para Table Tennis Team at the age of 15 in the European Championships, winning a team bronze medal.

In a 20-year career he has won team medals with Will Bayley at World and European level as a class 7 athlete and since being reclassified as a class 6 in 2015 he has won European singles bronze in 2015, European team gold in 2017 and 2019 and World team bronze in 2017.