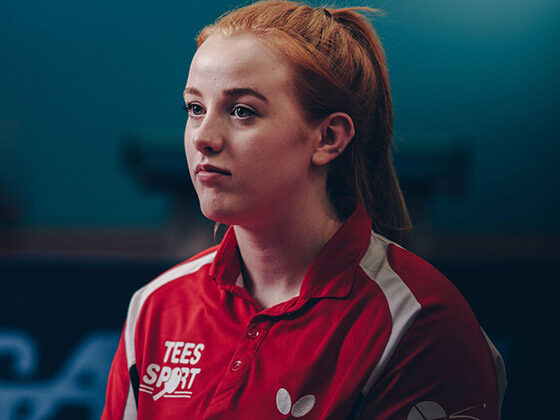 Megan Shackleton’s sporting ambitions were originally focused on competing in the Olympics as a swimmer until she fractured her spine in a machinery–related accident which left her in a wheelchair at the age of nine.

She started playing table tennis at the age of 12 at a Playground to Podium event in Leeds and joined the GB Pathway Squad in 2013, moving into the Performance Squad in April 2014.

Since making her international debut at the age of 14 Megan has continued to improve and with experienced team partner Sue Bailey (Gilroy) has won major medals at World and European level.

In 2019 she broke into the top ten in her class for the first time and now combines her table tennis with studying for a degree in English Literature at the University of Sheffield.

She made her Paralympic debut in Tokyo and played superbly to take bronze in the women’s class 4-5 team event with Sue Bailey.