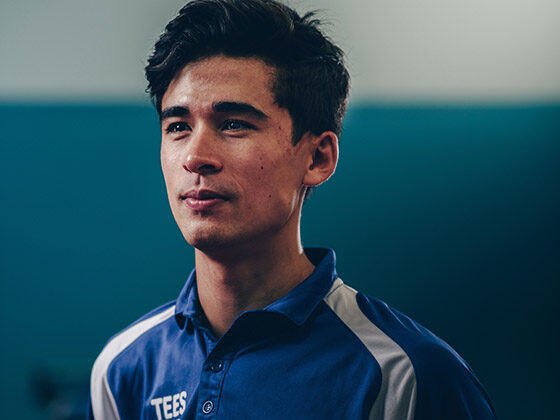 Kim Daybell started playing table tennis at the age of nine at home in the garage with his dad and was immediately attracted by the speed and excitement of the sport.

He made his international debut in 2008 at the age of 16 and represented ParalympicsGB in London 2012 and again in Rio 2016.

Having combined his table tennis career with studying medicine he now works part time as a junior doctor in a North London hospital.

After 12 quarter-final defeats in major championships he won his first major medal by taking team silver at the European Championships in 2017 with Ashley Facey and in 2018 he represented Team England at the Commonwealth Games, winning a silver medal in the men’s class 6-10 singles.

In March 2020 he was due to start training full time for Tokyo but instead started working full time at the hospital on the frontline of the NHS’s battle against the coronavirus. Having missed out on automatic qualification for the Paralympic Games Kim needed to win the World Qualification Tournament in Slovenia in June 2021 to secure his place in Tokyo. With only a few weeks to prepare he reached the quarter-finals but his dream of competing in Tokyo was dashed when he was denied a wildcard.