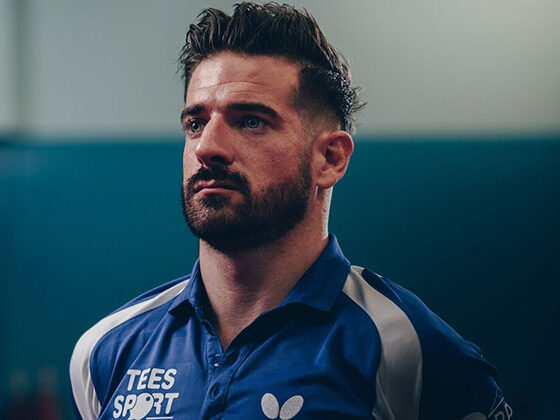 Diagnosed at birth with multiple epiphyseal dysplasia, which affects the growing ends of the bones, David was also affected by Fallows tetralogy, a congenital heart defect, and had open heart surgery as a baby.

Although his father coached at his local club, table tennis was a challenge he originally dismissed – preferring to swim, cycle and play football – but after breaking his leg at the age of 10 he discovered a sport at which he could continue to compete with his older brother and, more importantly, beat him.

After making his international debut in 2005 David was only 18 when he competed in his first Paralympic Games in Beijing in 2008. Four years later despite a preparation hampered by a broken arm his spectacular diving shot against his German opponent in London 2012 became a YouTube sensation.

He won his first major medal at the European Championships in 2015, taking bronze in the men’s class 6 singles and silver in the team event with Paul Karabardak.

He led World number one Alvaro Valera 2-0 in their quarter-final in Rio 2016 and held match point before the Spaniard came back to win 3-2 and went on to take silver in the singles and gold in the team event at the European Championships in 2017.