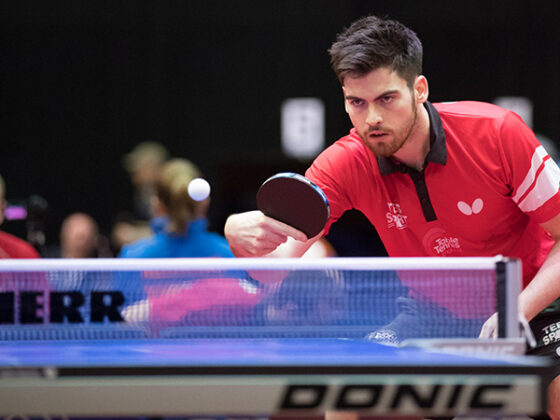 David attained his highest world ranking in early 2018 after a great performance at the Swedish Open the previous November, during which he beat world No 105 Eonrae Cho (KOR) and then world No 24 Maharu Yoshimura of Japan.

In 2015, he was part of the England team which won the silver medal at the Commonwealth Championships. He also won the Fair Play Award at that competition.

In June 2017, David reached the last 16 of the men’s doubles at the World Championships alongside Sam Walker.

He was part of the squad which won Team World Cup bronze on home soil in 2018 at the Copper Box Arena on London’s Queen Elizabeth Olympic Park and also team bronze at the Commonwealth Games.