Pitchford through to quarter-finals after comeback 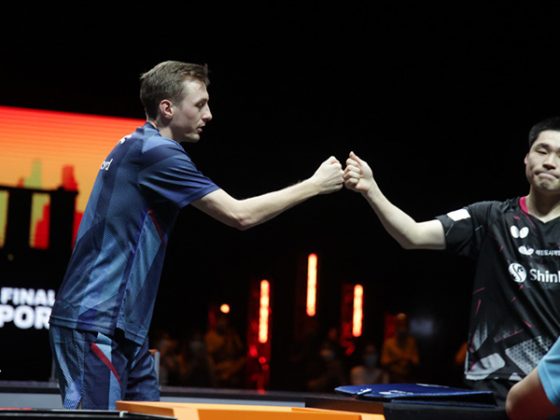 Liam Pitchford turned around his match against Jang Woojin to win a deciding game and go through to the quarter-finals of the WTT Cup Finals in Singapore.

World No 14 Pitchford took a timeout at 4-2 down in the fourth game, having seen his opponent take games two and three to lead 2-1.

With no coach his corner, whatever Pitchford said to himself worked as he reeled off five points in a row to set a platform for winning the game 11-8.

He carried that momentum into the fifth and final game, opening up a 5-1 lead and taking his second match point at 11-6.

Earlier, Pitchford had taken a close opening game 12-10 – he had three game points in all – but saw South Korea’s Jang level it up and then pull in front by taking the third 15-13 – Pitchford missed one game point and saved four in that one.

Pitchford faces Wang Chuqin of China in the quarter-finals at 1.15pm UK time on Sunday.