Pitchford out of Top 16 to focus on injury recovery

Liam Pitchford will miss the Europe Top 16 in Montreux at the weekend as he continues his recovery from a knee injury. 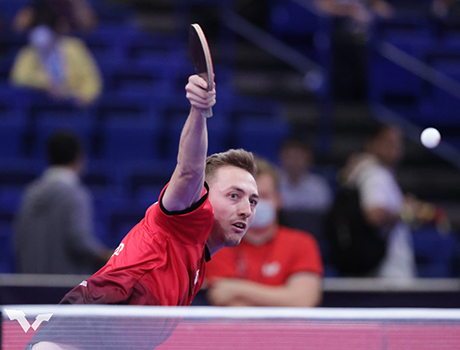 Liam Pitchford will miss the Europe Top 16 in Montreux at the weekend as he continues his recovery from a knee injury.

The world No 13 has tendinitis in his left knee and has been advised to undertake three to six weeks of rehabilitation to ease a problem which has hampered him for a while.

He aims to be fit to play in the inaugural WTT Grand Smash in Singapore – the main draw of that event starts on March 11.

Pitchford said: “I’ve felt a bit of pain on and off for quite a while but I assumed it would get better because I’ve had it before.

“But it got worse when we had a camp a few weeks ago. I couldn’t really push off very well and I was a bit worried.

“With the number of events coming up, we sorted out a scan and the consultant recommended three to six weeks’ rehab and hopefully that will settle it down. He said if I continued to play on it, it wouldn’t get any better.

“It’s not the worst injury, but it’s still going to take time to recover. I had to make a decision and do the rehab now, with the Commonwealth Games and other big tournaments coming up.”

Pitchford would have been playing his fourth edition of the Top 16 and aiming to improve on reaching the quarter-finals, which he has done in each of the previous two years.

He said: “It’s only four matches to win it – all against good players – but it’s a good event to play in. It’s frustrating, but it is what it is. I’ve started the rehab and trying to be positive.

“I’ve got to prioritise my health and future career first and look at the long term and be in my best shape for the bigger tournaments.

“I’m focused on what I need to do and getting back on the table.”