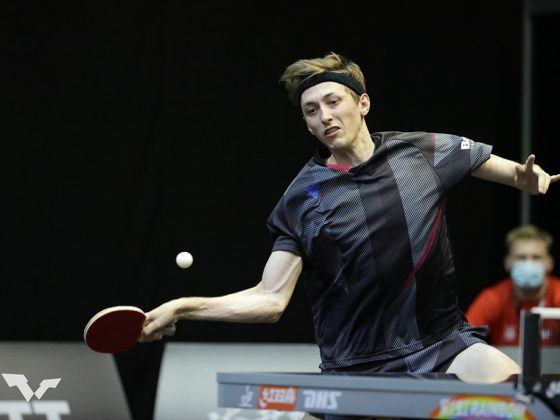 It was a well fought match, as befits a clash between the world Nos 14 and 19 and it was the higher-ranked Franziska who took first blood 12-10 in a game which saw both players struggling to win points on their serve.

Pitchford showed his frustration in the second, earning a yellow card near the start of a game he went on to lose 11-6, but a time out later in that game helped him to refocus and he built a 9-6 lead in the third.

Franziska won the next four points, but the match point was saved and both players then missed chances to take the game – Pitchford saved another match point at 12-13 – before the Englishman closed it out 15-13 to keep his tournament alive.

The fourth was tight again but three points in a row for the German from 6-6 put him in charge and despite Pitchford saving the first of three match points, Franziska took the next to seal a victory which sets up a clash with the Chinese icon Ma Long in the last 16.