Pitchford blitzes his way into semi-final 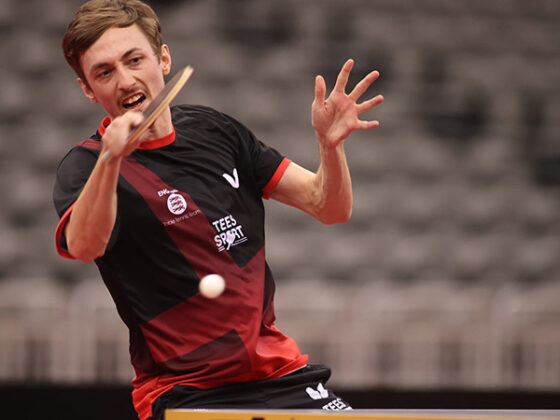 Liam Pitchford once again stands two wins away from a place at the Tokyo Olympics after a thumping win in the second phase of the qualifying tournament in Doha.

Pitchford blew away young Russian Vladimir Sidorenko with a performance bristling with purpose and energy, taking just 27 minutes to win in five.

Each of the four games he won were for the loss of four points, and the only blemish came in the second game, when he seemed to be briefly unnerved by being warned by the umpire about a serve.

But normal service was removed as Pitchford had several gears too many for Sidorenko in the rest of the match and moved into the semi-finals.

The other semi-final sees Florent Lambiet of Belgium up against Russia’s Kirill Skachkov. The winner of the ‘mini-tournament’ claims the last of the four men’s singles qualifying spots for Tokyo which are available at this competition.