Liam Pitchford & Paul Drinkhall are into the semi-finals of the WTT Star Contender European Summer Series in Budapest after a confident 3-0 quarter-final victory. 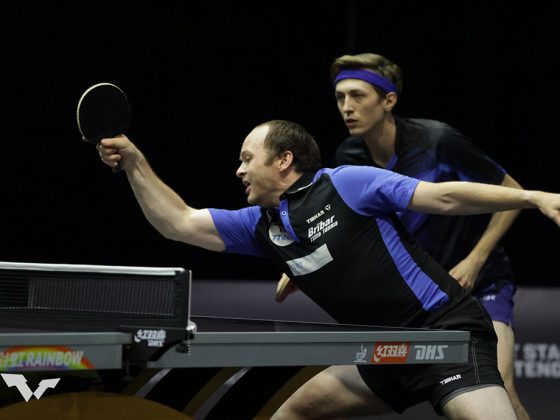 Liam Pitchford & Paul Drinkhall are into the semi-finals of the WTT Star Contender European Summer Series in Budapest after a confident 3-0 quarter-final victory.

It was all the eights as the English pair saw off South Korea’s Cho Seungmin & An Jaehyun 11-8, 11-8, 11-8 and they next face China’s Liang Jingkun and Lin Gaoyuan tomorrow for a place in the final.

It was a good show by the English pair, who start the defence of their Commonwealth Games gold medal in just over a couple of weeks’ time.

They did not lead the first game until they went 9-8 up, seeing it out from that point, and they then came back from 8-6 down with a run of five points to win the second.

They prevented the Koreans getting a foothold in the third, a game in which the English pair were never behind and took with a run of three points from 8-8.