BPTT Pathway athletes Joe Crouse, Ryan Henry and Shae Thakker are part of the largest ever delegation of British universities (251) that will compete in the European Universities Games 2022 taking place in the Polish city of Lodz from July 17-30. 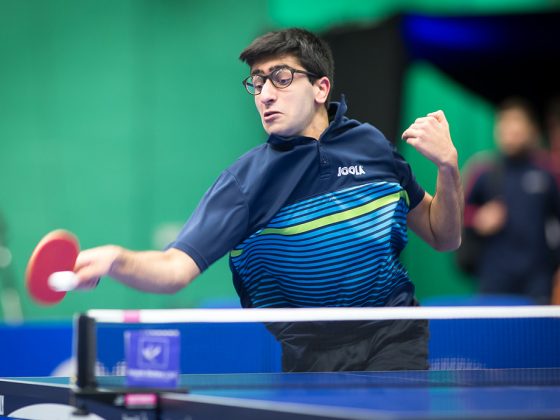 BPTT Pathway athletes Joe Crouse, Ryan Henry and Shae Thakker are part of the largest ever delegation of British universities (251) that will compete in the European Universities Games 2022 taking place in the Polish city of Lodz from July 17-30.

They will also create history as the first British Para athletes to compete in the Games, which are the flagship event of EUSA (European University Sport Association) and take place every two years in different European cities.

More than 6,000 athletes from over 46 countries will compete in 20 sports, making the European Universities Games the biggest multisport academic event in Europe. The Para Table Tennis events take place from July 18-20.

“I’m really looking forward to the European Universities Games, “said Crouse, 19, from Falmouth, who is studying Earth and Planetary Sciences at Imperial College London. “It will be the first time that I get to represent my university at an international event so I’m hoping to do them proud. I learnt a lot at the European Para Youth Games and I’m aiming to take that momentum with me and play at my highest level.”

“It’s going to be a new experience representing my university abroad and I want to make them proud,” said Thakker (pictured above), 18, from High Wycombe, who is studying Psychology (BSc) at the University of Sheffield. “I’ve struggled with some injuries recently but I’m ready to give it my all and do my best. The European Youth Games gave me a chance to see where my level is at and I’m hoping to build on the positives that I took from Finland going into this tournament.”

“I really enjoyed the experience of the European Para Youth Games,” said Henry, 22, from Ardrossan, who is studying Sports Coaching and Development at the University of the West of Scotland. “I feel that I took away a lot of positives and have identified parts of my game to work on for the future. I hope to use the experience I’ve gained to do as well as I can at the European Universities Games and hopefully get further in the competition than I did in Finland.”

“It’s a great opportunity for all of us to be part of the European Universities Games,” said BPTT Pathway Manager Shaun Marples, “and to be part of the first Para team is a great feeling. I hope this will be the first of many and this is another opportunity within the Pathway programme for athletes to get exposure to international competition. The boys recently competed in the European Para Youth Games so to have another event so quickly is an opportunity for each of them to carry the momentum forward.”