Our brightest stars of 2021 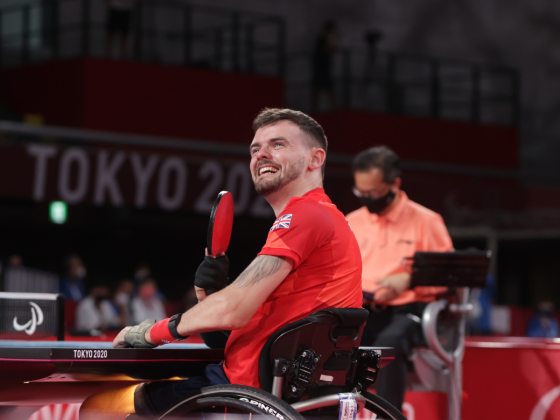 After the enforced break from competition brought on by covid restrictions, competitive table tennis was finally back on the calendar from spring 2021 as athletes returned to the national and international stage.

There were some standout performances and achievements, from British League all the way up to flagship World Table Tennis and of course the delayed Tokyo 2020 Olympics and Paralympics.

Here, in no particular order, we feature the brightest and best of the year’s achievements at home and abroad.

One of the brightest future stars of English table tennis, Kacper Piwowar has had an incredible year. Piwowar won both the under-11 and under-12 National Championships titles in July and has since gone on to impress on the international stage at various events, including reaching the semis at the WTT Youth Contender Lignano and winning silver at the WTT Youth Contender Varazdin.

Piwowar was also selected to attend the ITTF World Hopes Week & Challenge in Jordan, and has been selected to join the elite European Table Tennis Union (ETTU) under-13 squad for 2022.

Sam Walker became the first English player to win a doubles title on the international circuit since the advent of the ITTF World Tour in 1996.

Walker and his Swedish partner Truls Moregard lived up to top seeding at the Czech Open in Olomouc as they defeated French duo Leo de Nodrest & Lilian Bardet.

The Tokyo Paralympic Games were the most successful in the modern era for the Paralympics GB table tennis team with seven medals.

England’s Tin-Tin Ho participated in her first Olympic Games in Tokyo this year, and was the first British female table tennis player to qualify for the Olympics in her own right since 1996.

Sam Mabey stormed to victory in the Crawley Grand Prix men’s singles in September and narrowly missed out on a spot in the final of the Preston Grand Prix later in the year.

Mabey has also been influential in his team Ormesby’s form in the Premier Division of the Senior British League, and is currently unbeaten in his six matches.

Mari Baldwin won all her matches and came away with three gold medals to spearhead England’s overall victory at the Home Nations International in November. Baldwin and her doubles partner Charlotte Bardsley also reached the junior girls’ doubles last 16 at the European Youth Championships in Croatia.

In the ITTF’s world rankings published in November, Connor Green moved up to number 30 in the U15 Boys category. Green has had a great season on the international circuit including positive performances at the WTT Youth Star Contender in Lisbon.