Ormeau beat Fusion in a thrilling tie to guarantee a play-off place in the SBL Premier Division whilst Ormesby topped the league. 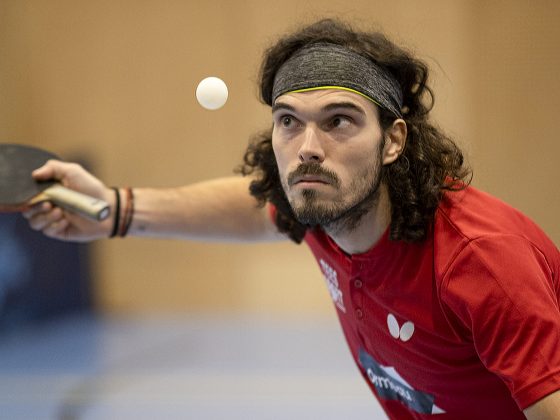 Ormeau came back from three matches down against Fusion to secure victory and move to second in the Senior British League, Premier Division securing a place in the top play-off positions.

In a fixture that was in the balance until the very final set the Northern Irish side showed real fight to get back into the tie. Four of the seven matches went the full distance as momentum swayed between both sets of players.

Lorestas Trumpauskas beat Paul McCreery in four to get Fusion on the board, with Gabrielius Camara then beating Oriol Mozo in five to make it 2-0 to the home side.

Monzo had threatened a comeback as he levelled at 2-2, but lost the final set 13-11.

Trumpauskas paired with Joshua Bruce then made it 3-0 with a comfortable victory in three against McCreery and Monzo in the doubles.

With Ormeau on the brink of defeat Matthew Ware stepped up to play Bruce. In a back-and-forth affair the opening four sets were shared (11-9, 6-11, 11-9, 4-11), before Ware got the travelling side off the mark by winning the final set 11-6.

Monzo then found form to beat Trumpuaskas in three and edge Ormeau back into the fixture at 3-2.

Five sets were needed in both the final two ties, with Fusion trying everything to prevent Ormeau picking up the win. McCreery battled back from 2-1 down against Bruce to win in five taking the overall score to 3-3.

A thrilling comeback from Ware, one that mirrored his team’s efforts, sealed the victory for Ormeau. He was 2-0 down against Camara but fought back to eventually win in five, including a 15-13 win in the fourth. The win moves Ormeau into second in the league ahead of North Ayrshire as the Premier Division heads into the play-off stages.

Ormesby remain top after their 4-3 victory away at Urban TTC. The league leaders did not have it all their own way, with Sam Mabey yet again crucial for the north-east side. He beat Felix Thomis in three as Jake Haygarth was beaten by Mateus Makiosz to leave the scoreline at 1-1 going into the doubles.

Mabey and Thomas Rayner combined for the away side, beating Thomis and Jospeh Hunter in three. Rayner then eased past Hunter in his singles match to all but secure the win for Ormesby. Mabey ensured that his side would remain at the top of the league as he beat Mikosz in three.

The season now moves into the play-off phase, with the league split into two. You can find all match statistics, league standings and future fixtures by clicking here.

Archway Peterborough TTC have withdrawn from the Senior British League. Remaining fixtures 21/22 are void and previous results 21/22 will be expunged. This will be reflected in the divisional tables, statistics and ranking results in due course.