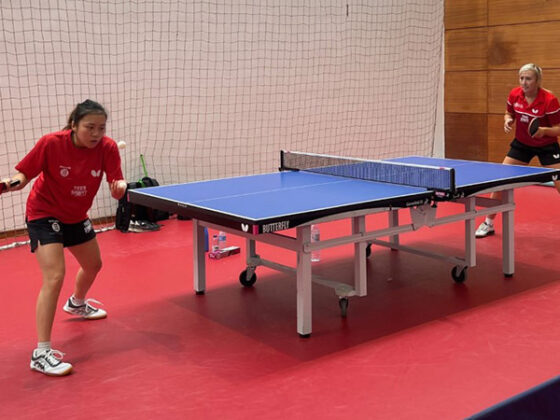 The four-strong Team GB contingent at the European Singles Qualification Tournament in Portugal have discovered their first-stage opponents as they battle to secure a place at the Tokyo Olympics.

In the women’s singles, Tin-Tin Ho, currently ranked No 94 in the world, is the top seed in Group H, where she will face world No 137 Sabina Surjan of Serbia, Slovenia’s Ana Tofant (WR 242) and Polina Trifonova of Bulgaria (WR 408).

There are 38 men and 41 women competing at the tournament and a total of nine places in Tokyo are available – five in the men’s event and four in the women’s.

The event in Guimaraes starts tomorrow and will be streamed live on ETTU TV. The first-day matches involving Team GB players are:

The top four seeds in each competition are exempt. The remaining athletes will be drawn to play in 10 groups.

The group winners and runners-up from stage one will go through to join the top four seeds in a knockout bracket. The finalists (ie two men and two women) will both qualify. The final matches will not be played.

The remaining 22 players from the knockout bracket in stage two will play a further knockout stage and the finalists (again, two men and two women) will qualify. The final matches will not be played. In the men’s event, there will be a play-off between the two beaten semi-finalists, with the winner also qualifying.