Olympic dream over for Walker and Carey 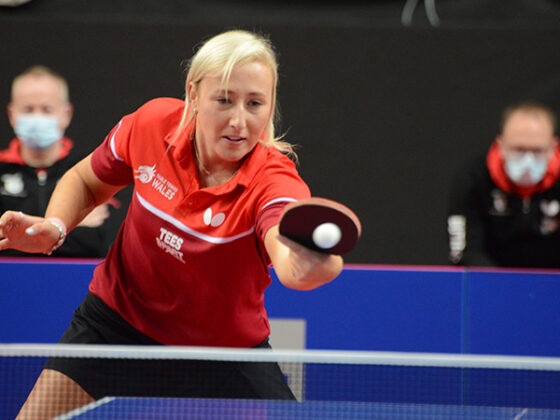 Sam Walker and Charlotte Carey’s hopes of qualifying for the Tokyo Olympics are over after defeats in the final phase of the European Singles Qualification Tournament.

Paul Drinkhall was left carrying the GB flag, but he was unable to play his match against Aleksandr Khanin tonight because organisers are investigating a possible positive covid test in the Belarus camp. A decision on the outcome of the match is expected on Sunday morning.

Carey was eliminated in another seven-set marathon by Bulgaria’s Polina Trifonova, who had ended the hopes of Tin-Tin Ho in the first phase of the competition.

Ranked 480 but certainly not playing at that level, Trifonova started strongly, turning a 7-3 deficit into an 11-7 win in the first game and saving a couple of game points to take the second 15-13.

Carey fought back to take the next two and it seemed like the momentum had firmly changed as she led 4-1 in the fifth – only for her opponent to win 10 points on the spin.

Game six saw Carey fight back from 7-2 down to win it 11-9, but she never recovered from the Bulgarian going 5-0 up in the decider, as Trifonova took it 11-4 to move into the next round.

Walker’s hopes were ended by Italy’s Mihai Bobocica, the world No 123 winning in five as Walker, effectively playing his first tournament in more than a year, struggled to find consistency.

Winning the third gave him hope but he was not able to put enough pressure on his opponent to continue the fightback.