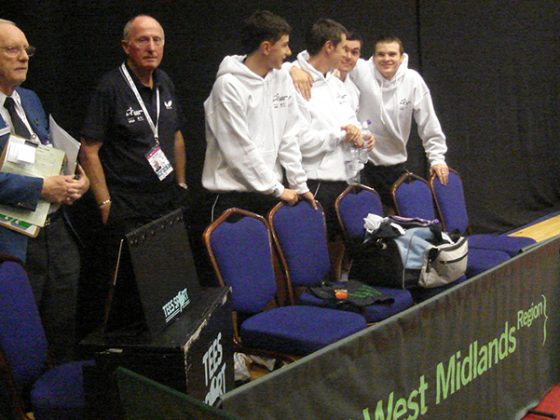 Dennis Worrell, a stalwart of the former English Schools’ Table Tennis Association (ESTTA) and of the sport in Lincolnshire, has died.

Dennis was Lincs country treasurer and County Championships secretary and was also well known as a coach and coach tutor.

Former ESTTA President John Arnold MBE said: “Dennis Worrell played a major part in the development of the English Schools’ Table Tennis Association from a time when its involvement had started to change from an Association organising National School Team and Individual Championships to one central to the development of the Home Countries Schools’ Internationals and participation in the International School Sport Federation (ISF) World Schools’ Championships.

He was elected to the ESTTA Executive in 1981 representing the County of Lincolnshire. His vast coaching experience saw him acting annually as NPC/Coach for school teams taking part in International events at home and abroad and later in the UK School Games Competitions. Many players have benefited greatly from his encouragement at these events.

“He will be remembered by many for his role as ESTTA National Individual Championship Organiser – a position he held from 1999 to 2010. During this era this event was the largest one-day table tennis individual competition in the country.

“In 2012, upon his retirement as an Officer of the Association, he was made a Life Member of ESTTA – an honour rightly bestowed for over 30 years’ commitment to the development of schools’ table tennis.”

Dennis was father-in-law to former England senior international Jackie Worrell (Bellinger), who is married to his son Stuart. Our condolences go to them and the whole family.