Tickets for Saturday at the Mark Bates Ltd National Championships have now sold out – but a small number of tickets remain for Friday and Sunday! 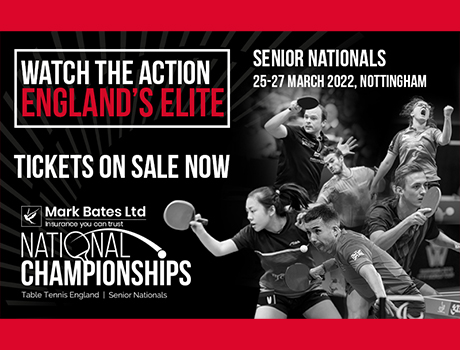 Tickets for the second day of the Mark Bates Ltd National Championships have sold out – and only a small number remain for Finals Day!

The event at the University of Nottingham is now just over a week away – and Saturday March 26, the second day of the three-day tournament, will be played before a capacity crowd.

Tickets also remain on Friday March 25, the the first day of the tournament, which will see the under-21 men’s and women’s singles and mixed doubles titles decided. Tickets for Friday start at just £5, so are great value for a full day’s play!