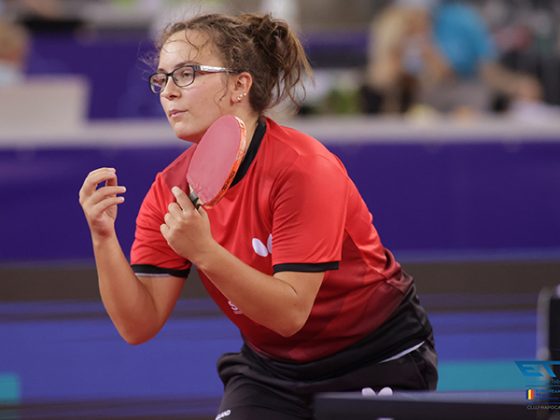 It was a frustrating opening day for England’s women at the European Championships in Romania as they were defeated in a close match by Sweden.

The final scoreline was 3-0 in favour of the higher-ranked Scandinavians, but all three matches went to a deciding game and England had their chances to take the match further.

Maria Tsaptsinos was first on court against Christina Kallberg, ranked 17 places above her at No 182 in the world. Tsaptsinos twice fought back from a game down to level, but was edged out 11-9 in the fifth.

Tin-Tin Ho was up against world No 77, defensive player Linda Bergstrom. The English No 1 (WR 94) twice led and looked on course to take the match in the fourth, However, her opponent hit back to win that game 12-10 and take the decider 11-9.

The third match saw Denise Payet (WR 357) up against Jennifer Jonsson (WR 306) and, like Tsaptsinos, she twice fought back from a game behind to take it to a decider. Payet then held a match point at 10-9 but saw her return of serve drift long and her opponent then took the next two points to seal it 12-10.