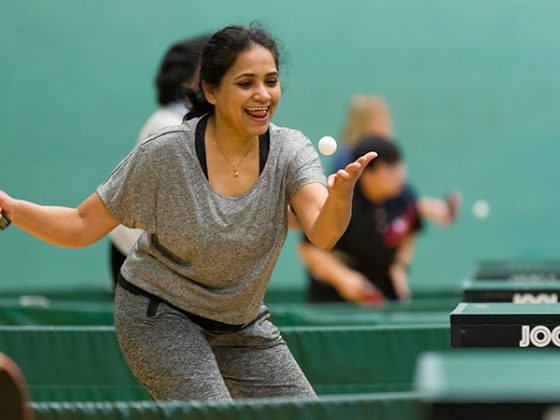 PREMIER
Predictable wins all round this week for the heavyweights in this Division. Leaders MK Topspin saw off club-mates Sasaki 8-2 despite a spirited showing from Michael Wilkins who picked up a brace, beating Jecu Aurelain and Tim Cheek for his side’s only successes. Otherwise it was nearly all plain sailing for the champions elect with Alan Cherry taking his usual maximum. Great to see Tim back in the Spinners fold after a months absence through injury. He got lucky though to escape losing in 4 games to William Kit Liang before recovering to win the only set that went to a 5th. An off night for Nicolas Wong.

Second placed Greenleys Monarchs beat their own stable-mates Kings 6-4 in the club’s very own ‘royal derby’. Tomek Nowakowski was in top form for this one with a fine hat-trick against the usual Kings’ trio of Nick Howard, Guy Sparrow and Jordan Moss with only a single game lost all night, and that was at deuce. A blank for Dave Beddall was compensated by a crucial doubles win and two 5-game wins by Martin Hall, the first against Jordan and the second, in the final set, against Nick. Despite the loss Kings stay 3rd for now.

4th placed Greenleys Warriors saw off relegation candidates MK Pumas 7-3 despite Pumas latest recruit Hakan Karaagac showing his class with a stunning hat-trick that never even needed a deciding game. But that was the extent of the Pumas scoring with Warriors’ Ricky Taiwo, Darren Ward and Adebola Odetayo comfortably securing the remaining sets. Andy Smith and Chris Belton were the other men on duty for the Pumas.

Player of the week : Hakan Karaagac

Leighton Buzzard Avengers suffered their heaviest defeat of the season as victors MK Topspin recorded a whitewash to edge another 3 sets closer to club-mate leaders Phoenix in the title race this week. A strong performance though from Graham Silversides, playing up from Division 2, in taking two opponents to a deciding game, the only ones of the match. First off, Graham missed out 11-9 in the 5th to Tanmay Tijare and later went down 12-10 in the 5th to Mervyn Kelly. In between, he led Russell Penn 9-1 in the 4th (when 2-1 down in games) before Russell launched a remarkable comeback to win 12-10. A great result for Topspin. Richard Hardy and Christinel Hulpan were the other Avengers.

As indicated it was a 7-3 success for Phoenix against opponents Open University Primes with the ‘postman who always delivers’ Alan Bolding extending his current run of wins to 31 as Phoenix made it 6 straight wins since their last defeat, which was inflicted by Topspin. Mervyn Phillips also took a hat-trick for Phoenix but Terry Lau was again winless. Ning He played for Primes alongside Patrick and Charity Wong. No sets went to a decider.

Match of the week has to be the mid table clash between MK Powers and Greenleys Glory with the opening 4 sets all going to a decider. Powers grabbed 3 of those and then another 5-gamer later on to tip the balance of the match their way in a 6-4 scoreline. Powers’ Sarah Hudson was in the thick of the action, losing to Jacob Midson 11-9 in the 5th before gaining some revenge in the doubles with Jiten Pitamber against the Division’s top pair Jacob and Scott Dixon. Her next singles ended in a 4 game win over Christine Scaysbrook and her last was a match winning 14-12 in the 5th win over Scott. Powers other successes came from Jiten (2) and Keith Carrington (1). Jacob hit his usual maximum for Glory with Scott providing their other win.

Finally, the bottom two met with basement team Chackmore Hasbeens upsetting MK Hit ‘n’ Hope 7-3. The opening encounter between the team’s star men set the pattern for the night when Bub Burman just got the better of Ivor Howard 13-11 in the decider. This inspired Andy Whitehead to inflict a straight games win over Paul Tompkins and then Chris Whitehead to overcome Andy Frearson in another close 5-gamer. Hit ‘n’ Hope recovered a little to take 3 of the next 5 but the Chackmore side finished strongly. A hat-trick here for Bub, a brace for Andy and a single for Chris with the Bub/Andy doubles combo back to winning ways after a mysteriously barren patch. Ivor hit a brace for the Hopers and Paul one. Coincidently, all 3 matches between these sides have ended in a 7-3 scorelinethis season.

Player of the week : Sarah Hudson

Sharks and Mosquitoes Continue to Set the Pace

With just a further three rounds of League matches to go, the Division 2 title seems ever more set to be a 2 team battle between long time leaders Milton Keynes Sharks, and main challengers Woburn Sands Mosquitoes.

Sharks had a potentially difficult encounter against the in-form Leighton Buzzard Spitfires, who have moved into third and closer to the top two in recent weeks, however, Sharks fended off the challenge, winning 6-4. Once again, it was Derick Rodrigues doing the damage for Sharks, with another maximum, not dropping a leg in singles, whilst he and Rupert Greyling took the doubles against Andy King and Graham Silversides in five games. Graham also featured in two other fifth leg finishes, firstly going down by the narrowest of margins, 10-12 in the decider against Rupert in the opening set of the night, and Graham also went to five against Abhay Tijare, when he finally won a deciding leg at 11-6. Rupert completed the Sharks tally with a second singles win on the night against Andy, but lost out in the last set of the night against Filip Simek. Filip and Andy also picked up a win each against Abhay to complete the scoring. The win leaves Sharks still six points ahead at the top of the table, but having played a game more, whilst Spitfire dropped back to eight points adrift of second spot.

Woburn Sands Mosquitoes also had a 6-4 win, beating Little Horwood Wooden Tops, so stay six points behind Sharks with a match in hand. Main man, James Molloy, collected the usual treble, ably backed up by Glenn Barcham who grabbed two wins, but when the pair teamed up for the doubles, they lost out to Andy Hooper and John Sharp in four games. Unusually for this season in the Division, only two other sets also went further than three straight games, with Andy Hooper beating Andy Jenkins in four, and John Sharp winning probably the closest set of the night in four games against Glenn. John also beat Andy Jenkins, who in turn beat John Cripps, to complete the scoring. The defeat probably leaves Wooden Tops too far adrift to avoid being in the bottom two, as they’re now 20 points behind fifth place, albeit with one match in hand.

The final match of the week saw yet another 6-4 scoreline, as fifth placed Mursley Hawks took on bottom team, Milton Keynes Shambles. It was Shambles who took an early lead, with two wins in the fifth legs, first by Steve Jordan, who came back from 2-1 down to Martin Johnson, to take the decider 11-6. The second set was even closer, with Nick Markham forging ahead 2-0, then a fightback by Ian Spanswick saw him take it to 2-2 and up 10-7 in the decider, only for Nick to rescue it at the death to win 12-10. However, Hawks battled back, as David Barlett defeated Jim Robinson, and then Martin & Ian held off Steve and Nick in a tight five game doubles. Hawks eased ahead 4-2 as Ian blitzed Steve with some fierce hitting, and then Martin eased past Jim. Nick grabbed another topsy turvy win, after David battled back from 2-0 down to level things, but Nick served himself out of trouble at the end, to take the decider 11-8. Ian restored the two point Hawks lead, beating Jim in four games, and but for the three missed set points against Nick, would have had his first maximum of the season! Steve got another back for Shambles as he outhit David in set nine, whilst Martin sealed the win for Hawks with a straight games win against Nick.