Kacper Piwowar is heading to Jordan 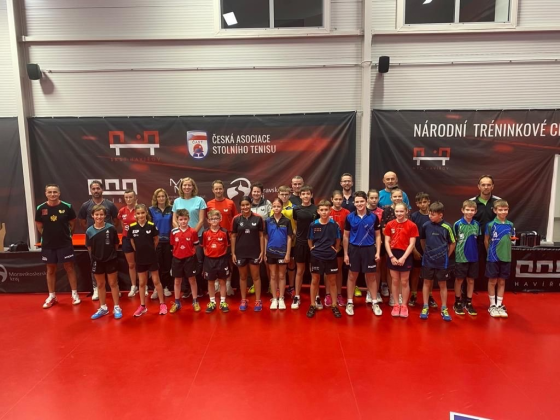 Kacper Piwowar, aged 11, and Sienna Jetha, aged 12 have been in the Czech Republic this week taking part in the ETTU Hopes Selection camp.

In fantastic news for English table tennis, Piwowar has been successful at the camp and has been selected to attend the ITTF World Hopes Week & Challenge in Jordan later this year.

The ITTF Hopes programme is a well-established global talent identification pathway, which has served as a springboard to many of today’s world-class players, having shown their high potential and skills on the Hopes road and now treading the boards of major competitions globally.

Jetha finished 3rd in the girls group, so doesn’t qualify automatically, as only the top two are invited. However, she still has a chance to go as there are three spots for Europe plus a further seven wildcard places through the online programme, Hopes Around The Clock, which England have been involved in since July.