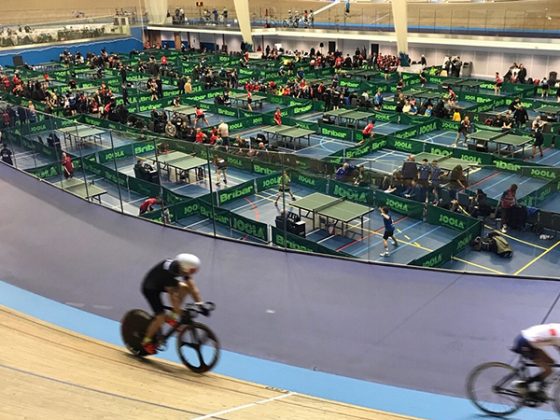 The long wait is over as the Juniors are the last section of British League to get back into action after the pandemic restrictions.

The JBL takes place at Derby Arena over the coming weekend, with almost 300 youngsters representing 80 teams aiming to get into pole position in their divisions in time for weekend in February.

There will be new champions in the boys’ Premier Division as TableTennisDaily, who won the last time the competition was held in 2019/20, are not competing.

Amirul Hussain was part of that winning squad and he has moved to Archway Peterborough. And while there are strong-looking squads throughout, the two to beat could well be Draycott and Ormesby.

The last girls’ champions, in 2019/20, were Ackworth School, represented by Jasmin Wong, Ruby Chan and Sandy Choong. All three are back this year – but not in the same team.

Choong is still with Ackworth in their 2021 guise of Ackworth eBatt, but Wong and Chan have moved to Archway Peterborough and are joined by Darcie Proud, a former England junior who has not played table tennis in recent years.

Wensum are led by Mark Bates Ltd Senior Nationals Women’s Singles finalist Mari Baldwin, and every other team in the Premier Division features at least one England international, so there could be some close matches.