Junior category extended to under-19 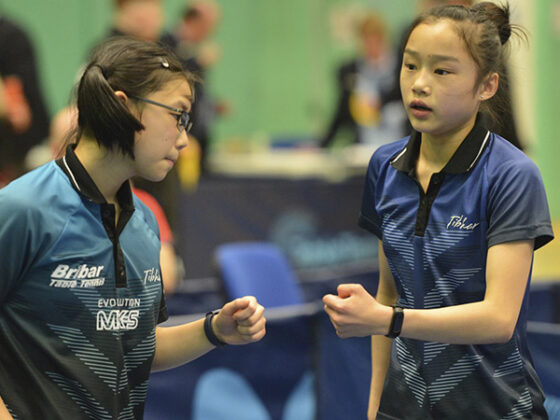 The Junior age group is changing from Under-18 to Under-19 from next season.

Table Tennis England has made the decision in response to a similar change in eligibility made by both the ITTF and ETTU.

The Table Tennis England qualifying date for age categories remains December 31 each year, meaning that from 2021/22, a Junior will be defined as any individual under 19 years old on that date every season.

This will affect Table Tennis England memberships and all regulated events including leagues, tournaments including 1*, 2* and 4* events and national competitions from August 1st 2021, the start of the new season.

A new under-17 category will be considered for the Mark Bates Ltd Cadet & Junior National Championships in 2021/22 and a new under-17 ranking category is expected to be introduced. The Cadet category remains at under-15.

Appropriate changes will be made in the regulations, TT Memberships (Sport:80) and the rankings system. The change will also be reflected in the performance pathway, with the England Junior Squad becoming an under-19 squad from the 2021/22 season.

The change follows an open membership consultation and feedback from key event organisers, which identified overwhelming support for the change. It is also in line with the Mission 2025 objective that ‘our domestic competition structure will replicate international standards’.

Table Tennis England’s Head of Competitions and Events, Neil Rogers, said: “We are very pleased to introduce this change to ensure consistency with European and world events.

“Membership feedback has greatly welcomed the positives of re-spacing the Table Tennis England age-groups, now including U15, U17 and U19. It is hoped this will support a more effective transition from Junior to Senior competition – and we also expect to see additional demand in Junior events at domestic level.”

If these events take place, the change to U19 eligibility would give final-year Junior players who missed out on these competitions in 2019/20 the opportunity to compete.

Alongside this change, Table Tennis England announces that the national rankings are planned to resume from August 1, to coincide with the new membership year and competition season.

This is consistent with our position throughout the pandemic, that rankings would be suspended until competition is available for the breadth and depth of the membership, and would not be reintroduced for a restricted programme or for closed events.

Neil Rogers added: “We recognise that there will be a small number of players within the handful of scheduled events that may individually prefer that ranking points were awarded – but feel that the reasoning for the broader membership is clear and compelling, and this is the best and most equitable approach.”