Getting tournaments back on the calendar 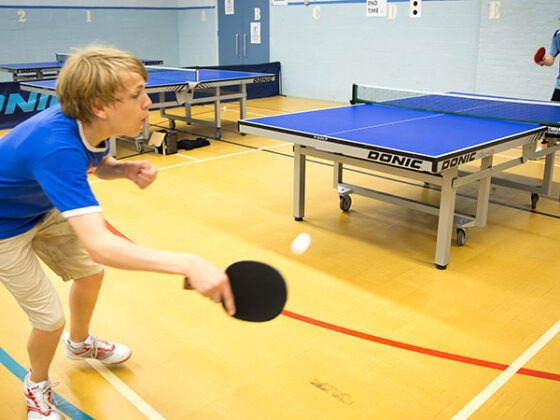 As the government roadmap out of restrictions hopefully moves us back towards normality, the possibility of playing table tennis tournaments in the coming weeks is opening up – and several events are already on the calendar.

If the roadmap goes as planned, indoor table tennis for under-18s and Disabled People in bubbles of up to 15 is allowed from April 12, and adults can restart in rubbles of up to six from May 17. (Please note, under-18 is defined by the Government as young people who were under 18 on 31st August 2020 – any other definition is NOT relevant).

Sycamore TTC in Nottingham are one of the first to organise competitions, with a Junior and Cadet tournament due on the weekend of April 17-18. There are more junior and adult competitions planned by the club in May, June and July.

The first adult competition on the calendar is the Hereford Open & Vets 1* on the weekend of May 22-23.

Sycamore tournament organiser Jason Ramage said: “People have been crying out for competitions. As soon as we released the news that we were running competitions, my inbox exploded and I had loads of responses. I’ve had a lot of people already enter. Obviously, there are people who are desperate to get back to some sort of competition.”

There are inevitable restrictions around these early competitions. As well as limited numbers of players, there will be wearing of masks, no handshakes or scoreboards, no spectators, coaches or umpires allowed in the venue, one-way systems and cleaning of tables.

Jason added: “People just got on with it when we ran competitions last autumn and we had good feedback. People just wanted to play.

“People will jump through these hoops to play because they’ve missed it. Hopefully, it’s short term and getting your feet back into the hall, and giving people the chance to play different players and have that social contact, albeit with the restrictions.”

Hereford competition organiser Simon Morgan said he had already had a lot of interest from players as far away as Leeds and was planning further competitions in the weeks ahead.

He said: “There seems to be a lot of enthusiasm. I’ve got a lot of regulars who come to the tournaments and I think people are itching to play again as soon as they can.

“I ran three or four tournaments last autumn and people still came. I think some stayed away, but we had a veterans’ tournament and we certainly had players in their 60s who came to play.

“It’s groups of six, which is not ideal because I think you’d ideally want to play more than that, but people are glad to get out, see each other again and play a few games and hopefully get back to normal next season.”

As more tournaments are approved in the weeks ahead, entry forms will be added to the competitions page of this website.

Table Tennis England would encourage all competitors to ensure they have had a chance to return to training and regain match fitness before entering tournaments.