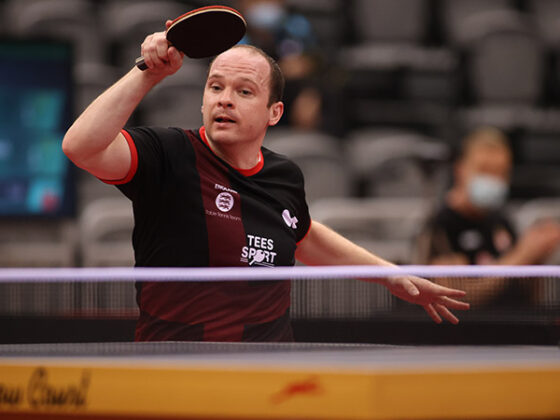 Four Team GB players will compete at the European Singles Qualification Tournament in Portugal this month, with places at the Olympic Games at stake.

A total of nine places in Tokyo are available at the event in Guimaraes, which starts on April 21 – five in the men’s event and four in the women’s.

As with the world Olympic qualifying tournament in Doha last month, Tin-Tin Ho and Charlotte Carey will represent Team GB in the women’s event.

However, with Liam Pitchford certain to qualify for Tokyo by virtue of his world ranking, Sam Walker has a chance alongside Paul Drinkhall in the men’s event.

Because each nation is only permitted two singles places at the Olympics, only one of Drinkhall and Walker will be able to qualify to join Pitchford in Japan. In the event that both finish in one of the qualifying spots, Walker would stand aside as Drinkhall is the higher ranked player.

There are 38 men and 41 women in the tournament and the format is as follows:

The top four seeds in each competition are exempt. The remaining athletes will be drawn to play in 10 groups.

The group winners and runners-up from stage one will go through to join the top four seeds in a knockout bracket. The finalists (ie two men and two women) will both qualify. The final matches will not be played.

The remaining 22 players from the knockout bracket in stage two will play a further knockout stage and the finalists (again, two men and two women) will qualify. The final matches will not be played. In the men’s event, there will be a play-off between the two beaten semi-finalists, with the winner also qualifying.