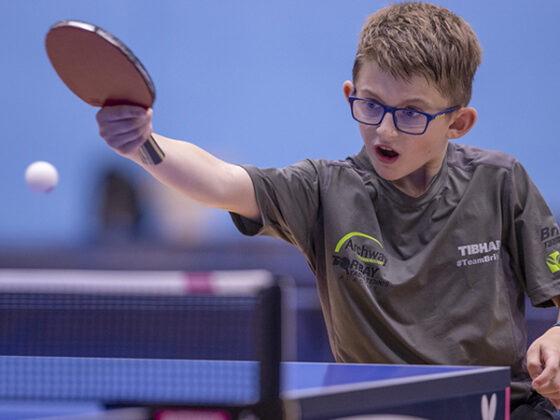 Kacper Piwowar has been selected to join the elite European Table Tennis Union (ETTU) under-13 squad for 2022.

The 11-year-old from Devon was among nine boys and seven girls from around the continent to be chosen after a selection camp in Otocec, Slovenia.

It follows his selection last month to attend the ITTF World Hopes Week & Challenge in Jordan later this year.

Piwowar’s fellow England squad member Sienna Jetha also attended the camp in Otocec but was not selected for the final squad.

Aspire Lead Coach Ryan Jenkins said: “It’s been a pleasure attending the various ETTU events with Sienna and Kacper this season, along with the ITTF Hopes Around the Clock online sessions. This will be something England will be greatly involved in going forward.”

The selected players were: