Depleted Ayrshire look to move up 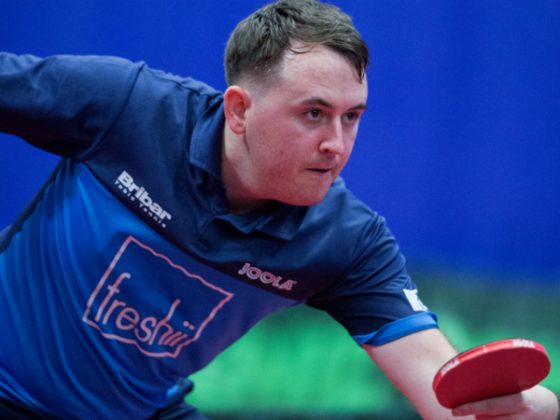 North Ayrshire will be looking to leap from fourth to top of the Senior British League, Premier Division with victory at BATTS this afternoon.

The Scottish team are two points behind leaders Ormesby having won two and drawn two of their opening four fixtures and would move above the Middlesbrough side and also Archway and Ormeau with a victory – albeit having played more games than any other team.

Ayrshire could have a Premer Division debutant in their line-up as 16-year-old Jamie Johnson travels with the squad as cover for injury doubt Chris Main, while Sean Docherty replaces the injured Martin Johnson. Scottish No 2 Colin Dalgleish again spearheads the team.

Trying to stop them will be a BATTS team which has won one of its opening three fixtures to sit in sixth place. The hosts will field a line-up of Ethan Walsh, Shayan Siraj and Josh Bennett.

The match is at 2pm and will be live-streamed on the BATTS Facebook page – click here to watch.

The other match in the division sees Fusion host Urban in an all-London clash, starting at noon. The hosts will go in with a squad of Lorestas Trumpauskas, Joshua Bruce and Robert Pelc and know that victory will see them move into a more comfortable mid-table position.

Fusion’s John Dennison said: “It’s quite tight and we’d like to get the win to put us more in mid-table as we have matches against Ormesby and Ormeau next, who are strong. So we’re looking to get the win and see what happens from there.

Their opponents have yet to win in three matches and will be looking to change that statistic – they know that a victory, allied to defeat for BATTS, will see them hang on to the coat-tails of the clubs above them.

They travel south of the river with a squad of Alim Hirji, Matuesz Mikosz and Joseph Hunter.

The match will be streamed on the Fusion website.