Davies ready for return to action in Costa Rica 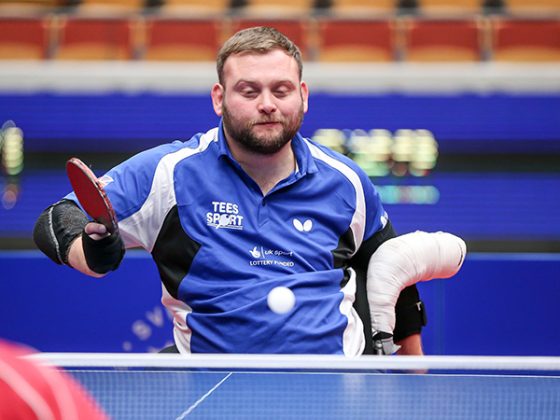 The pride of Brecon has not played a tournament since winning his fourth consecutive European title in September 2019 and is looking forward to getting back to competition.

“It has been a while,” said Davies, “and I can’t wait to get the experience again of competing against someone the other side of the table and trying to beat them.”

The 37-year-old Welshman was unable to defend his Paralympic men’s class 1 singles title in Tokyo due to injury but has put that disappointment behind him and is focusing on next year’s World Championships.

“It was a huge disappointment not to be able to go to the Paralympics,” he admits, “but I definitely made the right choice for myself personally and for my health and I’m just excited about the future now rather than looking back on Tokyo. At the moment I ‘m just taking it one step at a time and I’m just happy to be back on the table.

“Obviously, I’ve got to see how I can do but I’m excited to be competing again and we’ll see what happens. I’m looking forward to next year and the World championships, and Paris is the new Paralympic goal.”