Congratulations to our Patron, HM the Queen

As our Patron, Her Majesty Queen Elizabeth II, celebrates 70 years on the throne, we join the chorus of congratulations to her from around the world on reaching this incredible landmark. 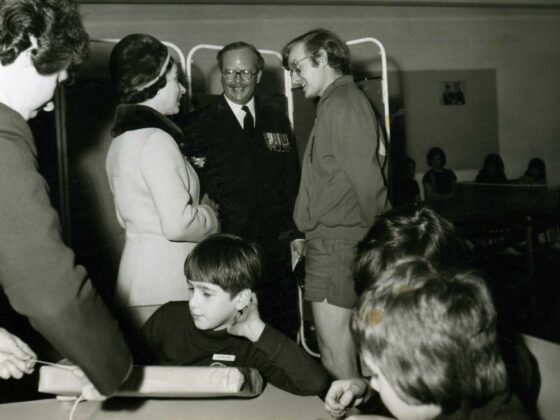 As our Patron, Her Majesty Queen Elizabeth II, prepares to celebrate 70 years on the throne, we join the chorus of congratulations to her from around the world on reaching this incredible landmark.

We were proud and privileged that Her Majesty is our Patron, a status she has held for her entire reign after the death of her father, King George VI, who himself became Patron of the English Table Tennis Association in 1937.

We keep Her Majesty informed of important events in our history, including our Centenary this season, and we were thrilled when she wrote the below letter to us before the Centenary Gala Dinner in March, to extend her best wishes to all our members.

Her Majesty also features in our Centenary book – English Table Tennis at 100: A Century in Photographs – in this photo taken in 1973. She is accompanied by the Earl of Elgin & Kincardine, the Boys’ Brigade President, and they are meeting former England international and later ETTA Honorary Life member, Laurie Landry, during a table tennis coaching session at Brigade House, Parsons Green.

Don’t forget, copies of the 192-page book are on sale now, at £25 for the Official Edition and £45 for the limited Special Edition, which is signed by legends of our sport Jill Hammersley-Parker MBE, Desmond Douglas MBE and Will Bayley MBE.

Click here for more information and to order a copy