England’s players have found out their opponents for the first stage of the singles competitions at the Commonwealth Games as the para players prepare to enter the fray. 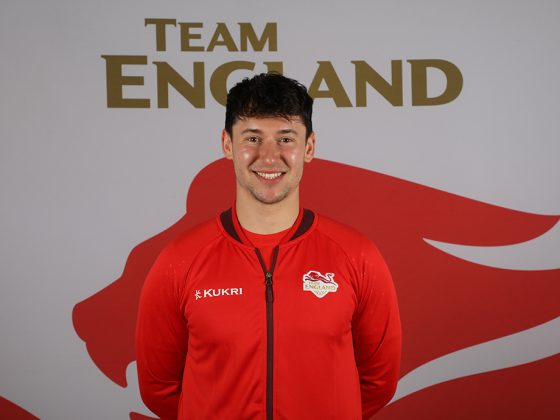 England’s players have found out their opponents for the first stage of the singles competitions at the Commonwealth Games as the para players prepare to enter the fray.

Today’s draw for the group stage featured the para players and the unseeded singles players.

In the Women’s Class 3-5 competition, 2002 and 2006 gold medallist Sue Bailey is in Group 2 and is up against Chinenye Obiora of Nigeria, Sonalben Manubhai Patel of India and Australia’s Amanda Jane Tscharke.

In the 6-10 Class, Felicity Pickard, who finished fourth in Gold Coast in 2018, will face Li Na Kei of Australia, British Para TT colleague Grace Williams of Wales, and Noola Olo of the Solomon Islands in Group 2.

On the men’s side of the para competition, defending champion Ross Wilson (pictured above) is in Group 1 of the Class 8-10 competition against Australia’s Lin Ma, Nigeria’s Alabi Olabiyi Alufemi and Asad Hussain Syed of Canada.

Jack Hunter-Spivey is in Group 1 of the Men’s 3-5 Class and the top seed will play Nasiru Sule of Nigeria, Junjian Chen of Australia and Muhammad Mudassar of Canada.

In each competition, two athletes go through to the semi-finals from each group.

In the Women’s Singles, Tin-Tin Ho is the 12th seed and therefore does not have to play in the group stage.

Maria Tsaptsinos was drawn in Group 5 against Ai Xin Tee of Malaysia and Judith Nangonzi of Uganda, while Charlotte Bardsley is in Group 8 with Cypriot Folein Meletie and Rheann Chung of Trinidad & Tobago.

None of the England men are involved in the group stage as Liam Pitchford is seeded second, Paul Drinkhall sixth and Sam Walker seventh.